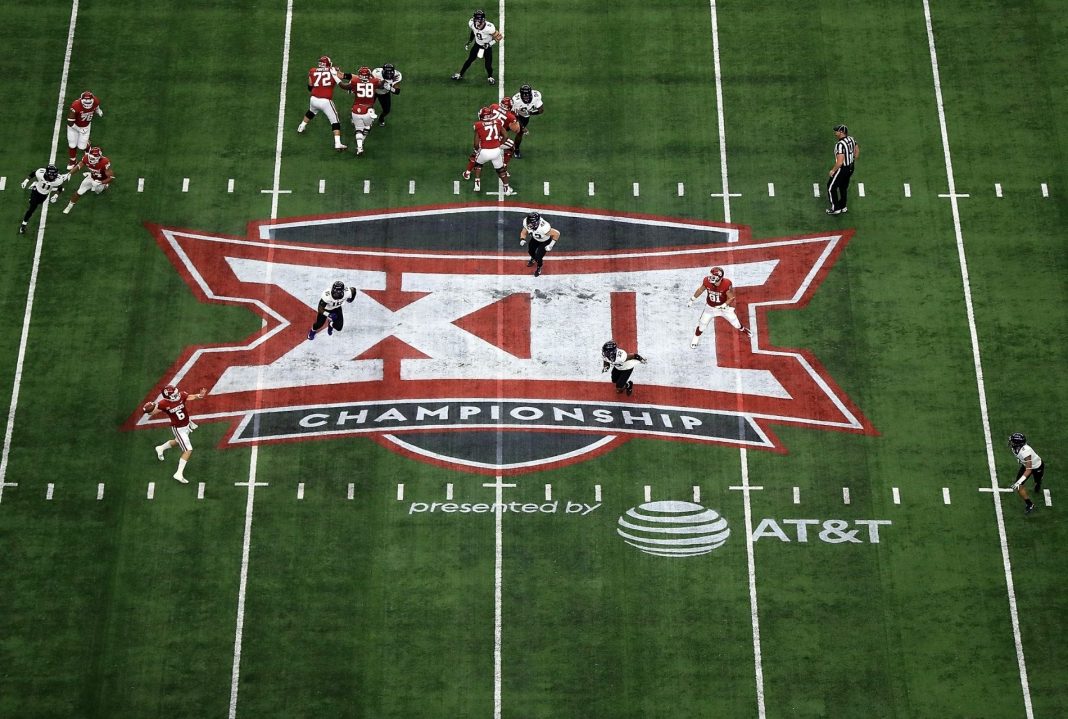 The cult of “woke” is making disturbing inroads into college sports.

College sports were largely immune to virtue signaling from athletes and administrators, but all of that is going away.

Two different public service announcements will run during games, and each team will have their very own personalized message to promote as well.

Big 12 Commissioner Bob Bowlsby said, “Each of our schools will be doing a unity message as part of its pregame show . . . We’re using a wide variety of our platforms to do the advertising and the programming that will make a difference.”

What that “difference” will be is anyone’s guess.

This is just the latest example of major institutions bending the knee to the far-left, which is becoming dangerously mainstream.

Mike Gundy, head coach of Oklahoma State, one of the top teams in the conference, was forced to apologize in a hostage video after wearing a One America News Network T-shirt on a fishing trip.

Apparently, Conservative While Fishing is a misdemeanor offense that requires acts of community service.

Several programs within the conference also canceled practice after the shooting of Jacob Black in Kenosha, Wisconsin.

The problem with the Big 12’s social justice push is that it’s built on lies and nebulous terms.

For example, Commissioner Bowlsby said, “I think that systemic racism is not going to go away anytime soon. But hopefully we can make some progress, and that’s certainly our intent.”

“Systemic racism” is a buzzword coined by the radical Left in the 1970s.

It’s intentionally vague; where disparities between groups are considered an outgrowth of unjust discrimination.

This is the bedrock of critical theory, which entirely intertwined with Marxism.

So the Big 12 is engaging in stealth Marxism without even knowing it.

There’s even talk of teams protesting during the national anthem.

This accomplishes absolutely nothing and raises awareness for nothing.

Nobody is calling for any real policy change that makes any bit of sense; the “defund the police” movement quickly went up in smoke, even in Minneapolis where the George Floyd protests began.

The goal of the Left is simply to poison the well of America until a critical mass of people have enough antipathy toward the country.

The Big 12 believes they’re striving for unity, but they’re not.

This campaign will at best accomplish nothing, and at worst alienate sympathetic individuals who are sick of the pandering and the lies.