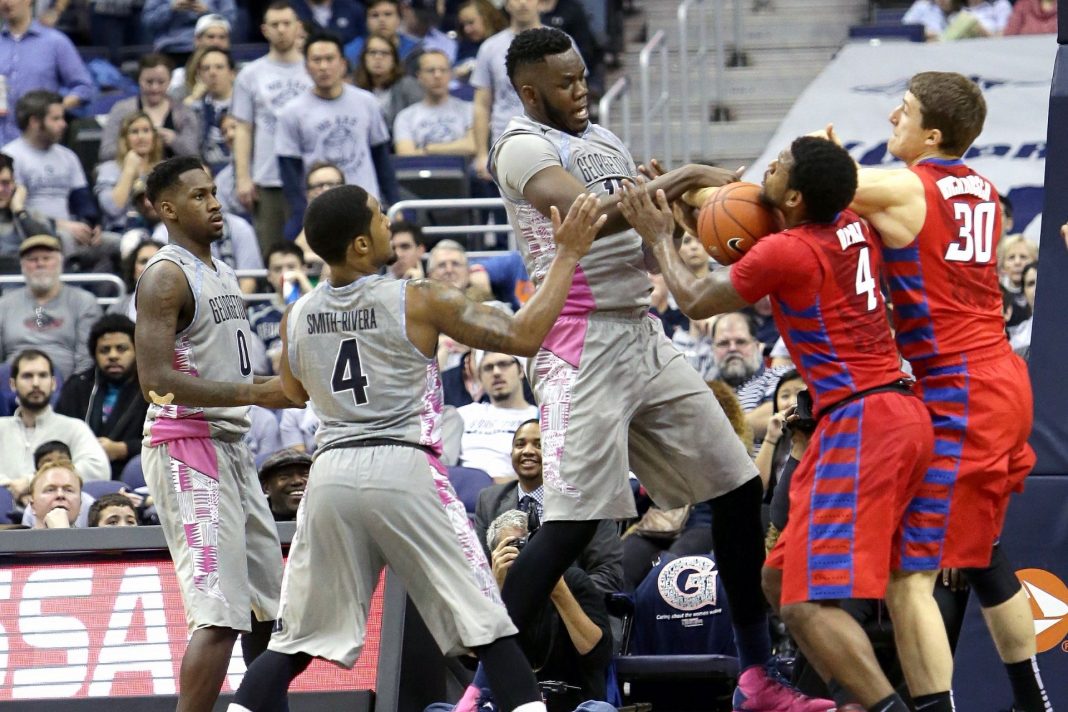 Teams are still staging anti-American protests during the national anthem.

They are still facing intense backlash.

And one entire team knelt for the national anthem. What happened next will put a smile on your face.

Millions of Americans were thrilled to see the NCAA Tournament return after the Coronavirus wiped out last year’s March Madness.

One of the shocking entrants into the field was Georgetown.

The Hoyas posted a dismal 9-12 record in the regular season, but won four games in four days to capture the Big East Tournament title and the league’s automatic berth into the NCAA field of 68.

It was a quintessential March story that makes the NCAA’s what many consider to be the single best sporting event in America.

But the Hoyas story turned sour when they squared off against fifth seeded Colorado in the first round.

Before the game, the Hoyas knelt in unison for the national anthem.

Georgetown team taking a knee in unison for anthem: pic.twitter.com/Jf5k96nrG5

No other team in the tournament put on such a display, as to say in retrospect, kneeling for the anthem turned out to be mostly a protest over the 2020 election and Donald Trump.

The photo of the Hoyas disrespecting the sacrifice of every veteran who died defending their freedom ended up being the only impact Georgetown had on the tournament.

Colorado raced out to a 47 to 23 halftime lead – in a game in which the outcome was never in doubt – and sent the Hoyas home with a 96 to 73 first round shellacking.