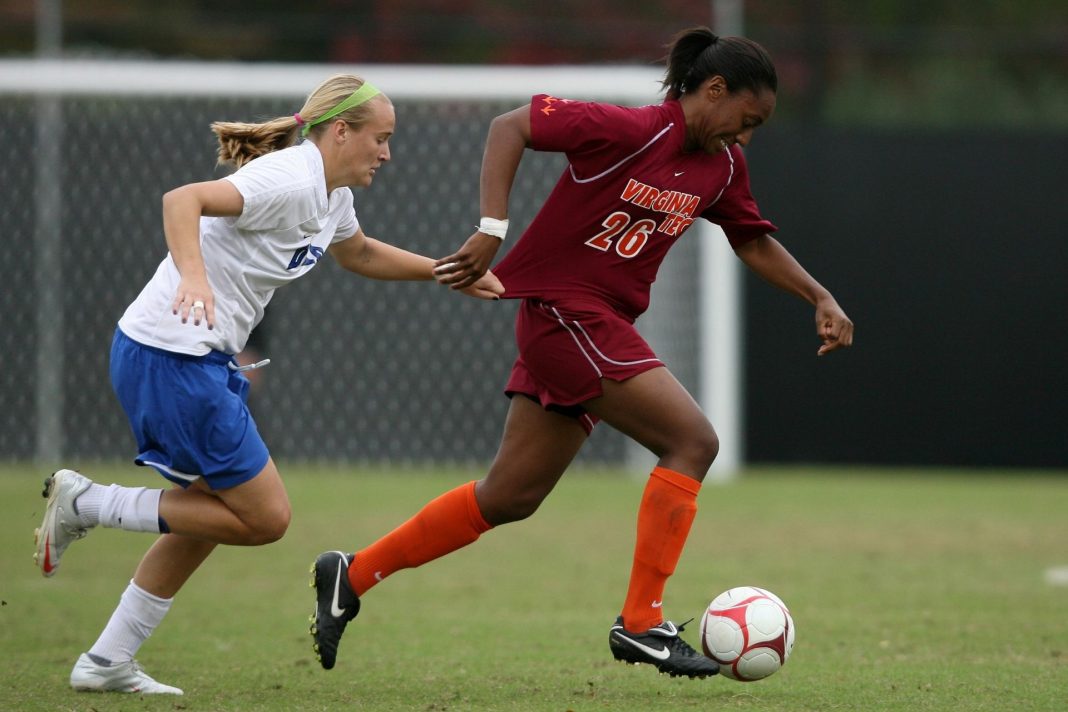 Millions of sports fans are fed up with teams and coaches that tolerate kneeling during the national anthem.

Now one of the worst offenders may find themselves in court.

And one federal lawsuit just created a giant headache for this national anthem protesting coach.

According to Outkick.com the trouble began when Adair and other players on the team proposed turning the women’s soccer program into a billboard for the radical Black Lives Matter movement.

Outkick.com reported, “The lawsuit alleges that on September 1, 2020, a student-athlete advisory committee discussed proposals for student-athletes to wear BLM COVID masks, BLM wristbands, armbands and BLM shirts during warmups. The soccer team discussed the proposal and “most” players supported the idea. Hening claims Adair supported the proposals and went even further with an idea to replace “Hokies” on the back of the team uniform with names alleged victims of police misconduct.”

Hening – who started her freshman and sophomore seasons – told her teammates via text message that while she supported social justice she could not support Black Lives Matter because of the group’s support for defunding the police and destroying the nuclear family.

Players took the text messages to Adair and demanded he reprimand Hening for not supporting Black Lives Matter.

The lawsuit claimed Adair verbally abused Hening before a September 12 game against the University of Virginia after Hening refused to kneel for the national anthem.

Hening alleges that Adair kept up the bullying and abuse until Hening left the team on September 20.

The lawsuit requested relief in the form of damages, reinstating Hening on the team, and for Adair to undergo First Amendment training.