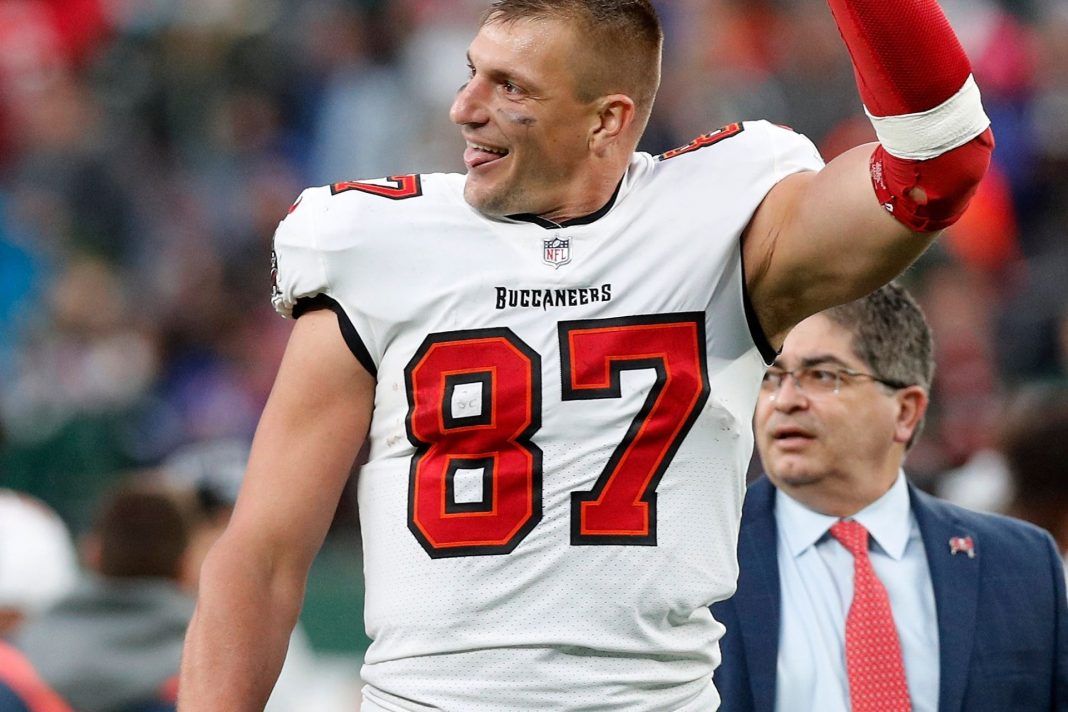 When it comes to professional football, there are some plays you can never forget.

Especially if it involves a tooth shattering hit, or if it caused a fight or ejection.

But one legendary tight end recently spoke out about this notorious suspension-causing dirty hit. In fact, it makes him happy . . .

Rob Gronkowski will go down as one of the best professional tight ends in history.

Not only has Gronkowski won four Super Bowls, but he has some impressive NFL records to add to his résumé.

But things have not always been so glorious for Gronkowski.

Perhaps one of his most memorable plays in his long career happened while he was on the New England Patriots while they were playing their division rival, the Buffalo Bills.

As you can see from the clip, Gronk was clearly pissed off that he allowed the play to blow up and took his anger out on the helpless Buffalo corner.

But when recently asked about this hit in an interview, Gronk said he has no remorse for the hit and in fact was happy it earned him a suspension.

“I was happy,” Gronk said to Patriots Wire. “I was finally happy. I was like, ‘Yes, I’m away from football for a week. I get to recover my body.’ I mean, when you’re running full speed into people, it definitely was taking a toll on me.”

Now that is not the reaction you would expect from a legend like Gronk.

But at a certain point these players just do not care anymore . . . he wanted to make a statement and a statement he made.

As it stands, Gronkowski is back with his former quarterback (none other than Tom Brady) on the defending World Champion Tampa Bay Buccaneers.

The Buccaneers are preparing for their first playoff game this weekend in the Wild Card round.

Maybe Gronk can help his Buccaneers win yet another Super Bowl, bringing his career total to five Super Bowl wins.