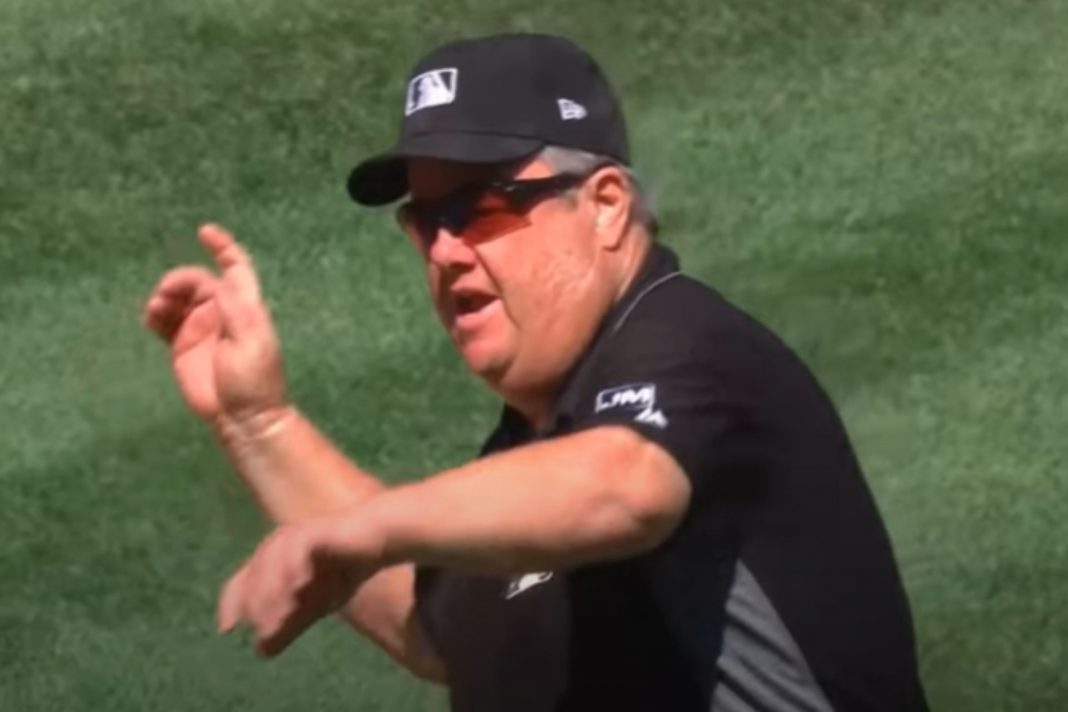 “Cowboy” Joe West is one of the most notorious umpires in Major League Baseball.

The controversial ump has officiated the second most games all time and has been on the field for no-hitters and a perfect game as well as Alex Rodriguez’s infamous interference play as he swatted the ball on his way to first base against the Red Sox.

But West made an ejection call that may be his most controversial yet.

The Washington Nationals took on the NL East first-place Atlanta Braves over the weekend.

The Braves are in the driver’s seat in the division and the Nats are suffering from a major World Series hangover.

But it wasn’t the play on the field that had everyone talking.

West even told the Braves Manager to call his stadium security to escort Rizzo out of Truist Park.

The original explanation for the ejection was that Rizzo was not wearing a mask.

But after the game wrapped up, West said that Rizzo was constantly barking at the umpires complaining “you’re brutal.”

Joe West calls security to get someone kicked out of the game. pic.twitter.com/pr9WYkYE1M

With no crowd in the ballpark umpires can hear everything.

The day before the second-deck ejection, Nationals re-signed Rizzo to a three-year contract extension, rewarding him for orchestrating the 2019 World Series championship team.

But only the Pittsburgh Pirates have a worse record in the National League.

Sports with Balls will keep you up-to-date as the playoff run heats up.