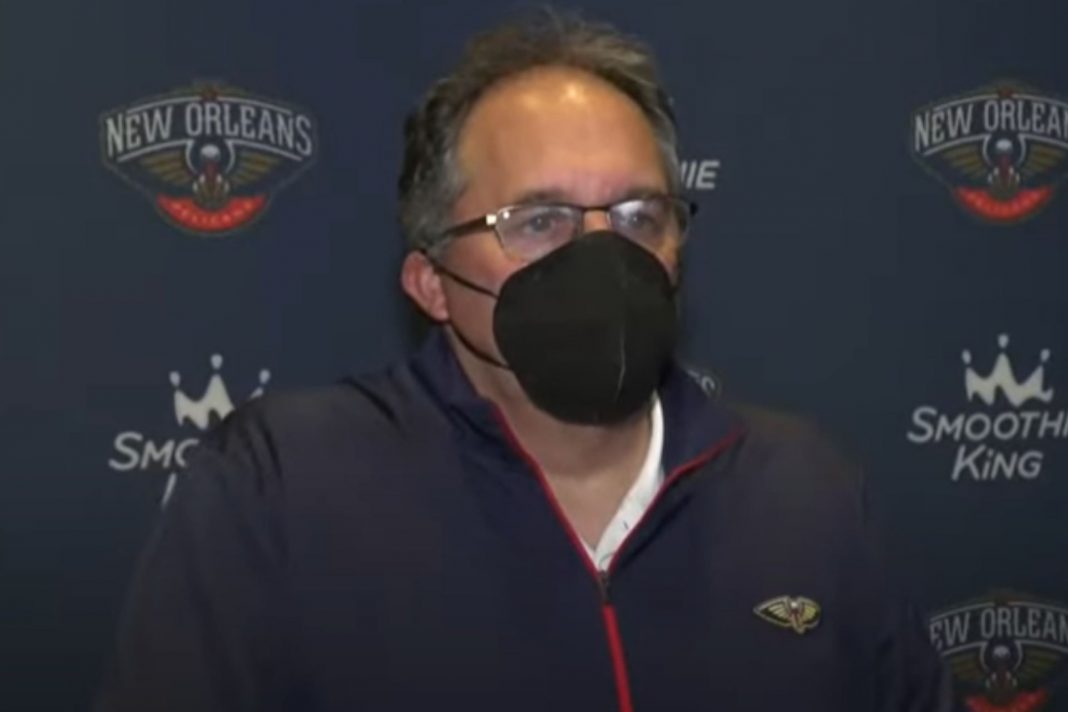 Everyone involved in the NBA refuses to learn their lesson.

Ratings tanked in 2020 because of the league’s in your face support for anti-Trump protests and Black Lives Matter.

And now to make matters worse, one NBA coach made this jaw-dropping racist comment about white people.

“We’re the ones that are racist,” Van Gundy told the Undefeated’s Marc Spears. “It’s a white person’s problem that affects people of color, and so we’re the ones who have to change. […] Certainly, you want to promote Black voices, right? But if they’re the only ones speaking out, a lot of people just push it aside. There needs to be people saying, ‘No, wait a minute. This is wrong, and we need to correct these things.’”

Van Gundy – who is one the most outspoken liberals in the NBA coaching fraternity – then described himself as the “poster boy for white privilege.”

The Pelicans coach then went on to rip poor and middle class white Americans – who aren’t multimillionaires and celebrities like the players Van Gundy coaches – as clueless and out of touch for thinking they do not benefit from white privilege.

“They’re working their ass off just to get by, and they’re like, ‘What the hell are you talking about? There’s no such thing as white . . . I’m not privileged.’ You may not have an easy life, but you’re not oppressed simply because of the color of your skin. That’s the difference. I’m not going to get pulled over driving around at night, I’m not, just because of the color of my skin. I’m not going to get a DWB [Driving While Black], I’m not. That’s white privilege,” Van Gundy added.

The NBA saw its ratings tank in the summer of 2020 due to obnoxious political protests.

And the NBA just saw its Christmas Day games – the showcase set of TV matchups for the regular season – draw its lowest ratings in history.

A prominent coach attacking a large segment of NBA fans as inherent racists will not do much to win back fans.