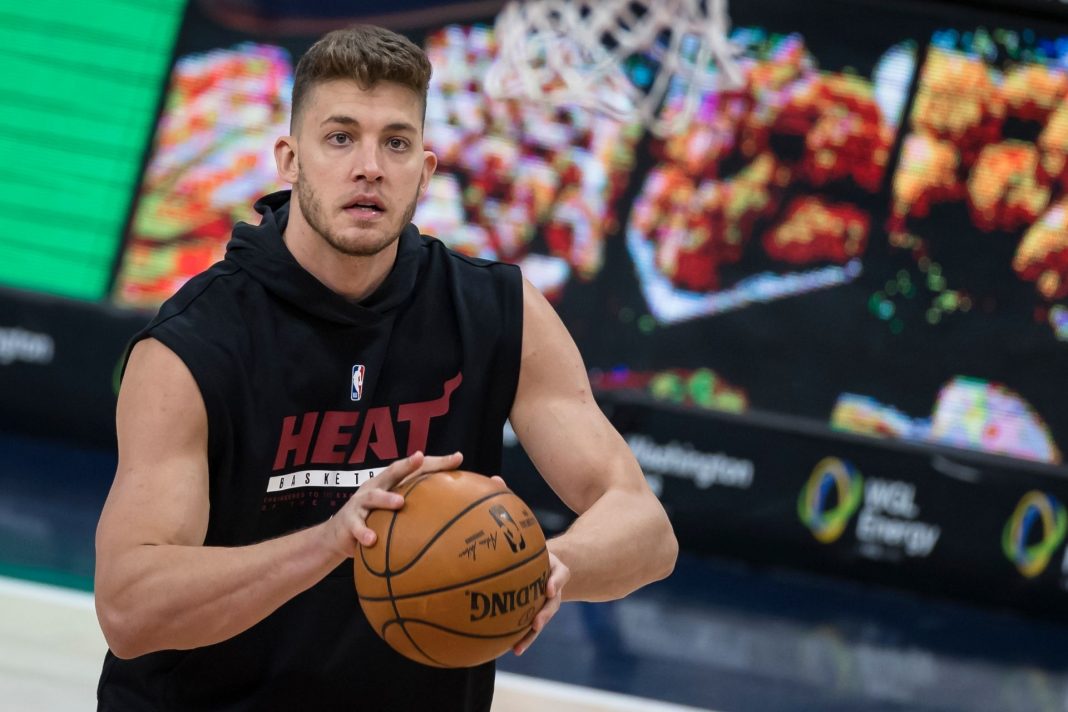 The NBA is embroiled in another controversy.

This could get very ugly.

And now one NBA player who stood for the anthem got suspended because of this video.

Meyers Leonard is a reserve center for the Miami Heat.

Leonard has spent seven seasons with the Portland Trailblazers and Miami Heat as a quality rotation big man after being selected with the 11th pick in the 2013 NBA draft.

But Leonard is now known for two things.

First, he was one of the lone players and coaches to stand for the national anthem when the NBA returned from the coronavirus hiatus last summer.

And now Leonard may be one his way out of the NBA after Leonard live-streamed himself playing the Call of Duty video game where he began shouting an anti-Semitic slur.

The NBA immediately put out a statement condemning Leonard’s comments.

“We just became aware of the video and are in the process of gathering more information. The NBA unequivocally condemns all forms of hate speech,” the NBA’s statement read.

The Heat released their own statement also rebuking Leonard and adding that the team suspended him indefinitely for the slur.

“The Miami Heat vehemently condemns the use of any form of hate speech,” the Heat’s statement read. “The words used by Meyers Leonard were wrong and we will not tolerate hateful language from anyone associated with our franchise. To hear it from a Miami Heat player is especially disappointing and hurtful to all those who work here, as well as the larger South Florida, Miami Heat and NBA communities.”

“Meyers Leonard will be away from the team indefinitely. The Miami Heat will cooperate with the NBA while it conducts its investigation,” the statement concluded.

“I am deeply sorry for using an anti-Semitic slur during a livestream yesterday,” Leonard posted on social media.

“While I didn’t know what the word meant at the time, my ignorance about its history and how offensive it is to the Jewish community is absolutely not an excuse and I was just wrong.”

Leonard made an awful mistake.

The only question now is if he will pay for it with his career.