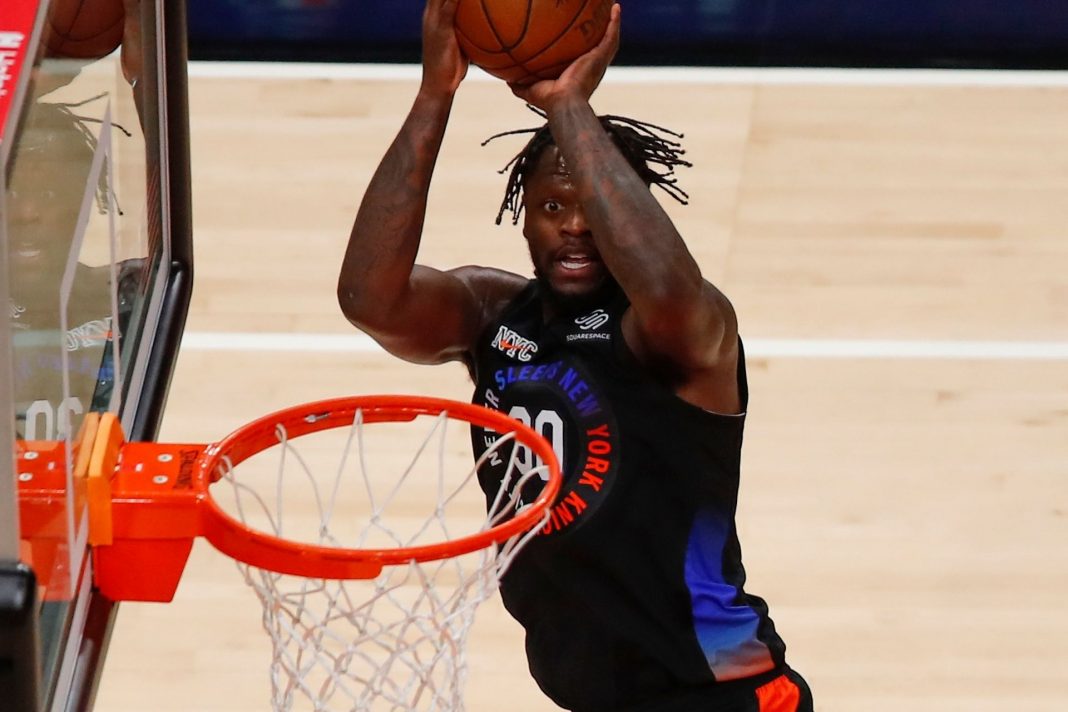 American life is returning back to normal.

But there is bad news in one area.

One NBA team just made a jaw-dropping announcement about the coronavirus vaccine.

The New York Knicks were one of the feel good stories of the 2020-21 NBA season.

After seven straight losing seasons, the Knicks – behind Most Improved Player Award winner Julius Randle – won 41 games and earned the home court advantage in their first round series against the fifth seeded Atlanta Hawks.

But in a disturbing development, the Knicks will now require all fans to present vaccine passports to enter Madison Square Garden if the team advances beyond the first round.

“The New York Knicks today announced that Game 5 of their 2021 NBA playoffs series against the Atlanta Hawks, scheduled for June 5, has sold out. This follows Game 1, when the Knicks welcomed more than 15,000 fans and Game 2, when they expanded their seating for fully-vaccinated fans and increased capacity to more than 16,000. The two games mark the largest indoor crowds to gather in New York since the start of the pandemic. Given the enthusiastic response to vaccination requirements, the team also announced that, should they advance past round one, tickets will be sold exclusively to fully-vaccinated individuals.

“The energy our Knicks fans have brought to the playoffs has been incredible — proving there’s nothing more exciting than Knicks basketball at The Garden,” said David Hopkinson, EVP, MSG Sports and President, Team Business Operations. “It’s moments like this that show us what’s possible if everyone gets vaccinated — we’ll all be able to get back to doing what we love — and that definitely includes being together to cheer on the Knicks at Madison Square Garden.”

Many states around the country are banning vaccine passports as discriminatory and forcing Americans to reveal private medical information.

New York is one of the blue states that allows for businesses to mandate customers be vaccinated.

But given the horrific behavior of NBA fans where it seems like every playoff game features unruly fans that run on the court, throw objects at players or hurl racial slurs it seems like the least of the NBA’s problems is worrying about the vaccination status of its fans.