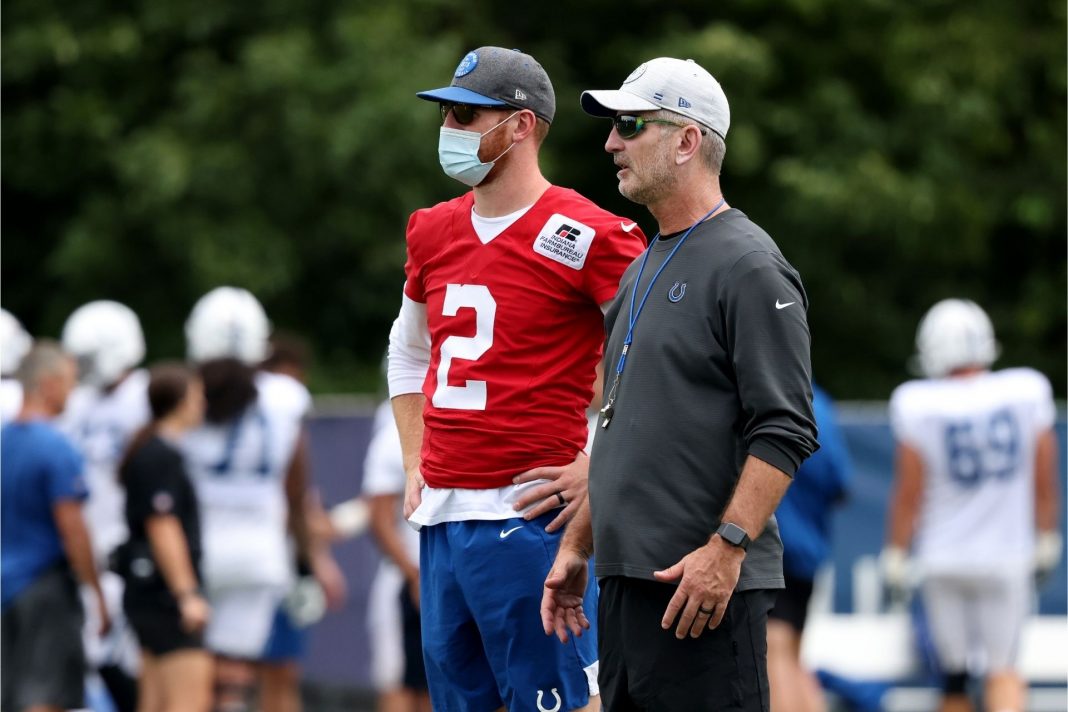 The coronavirus vaccine became the latest political fault line in the NFL.

Woke sports media writers and league executives tried to strongarm every player into “getting the jab.”

And one NFL GM made a jaw-dropping admission about the coronavirus vaccine.

They are among the seven percent of NFL players who refused to submit to what the NFL essentially tried to make a forced vaccination initiative by making unvaccinated players’ lives miserable.

Wentz returned to practice after missing three days due to coming into close contact with someone that tested positive for coronavirus.

The quarterback told reporters vaccination was a personal issue and asked that the media respect his family situation.

“I’m not going to go in-depth on why, but it’s a personal decision for me and my family,” Wentz explained. “I respect everybody else’s decision and I just ask that everybody does the same for me. I know that’s not the world we live in. Not everyone is going to view things the same. But no one really knows what’s going on in someone else’s household and how things are being handled.”

Colts General Manager Chris Ballard addressed the situation stating that he was pro-vaccine and the team provided the players with medical experts and information on vaccination.

But while Ballard stated he hoped all players get the vaccine, he was not going to bully anyone or threaten their place on the roster.

“Look, I can beat my head against the wall,” Ballard added. “I can go in there and raise all kinds of hell and go off. That’s not how we roll. I believe in our guys. I believe in what they stand for and I’ll stand by them. We’ll continue to work on the vaccinations. It’s not like we’re done educating. […] But they understand they have to take care of the protocols at hand and they have to live by them. And we’ll do that at the best of our ability we can do it.”