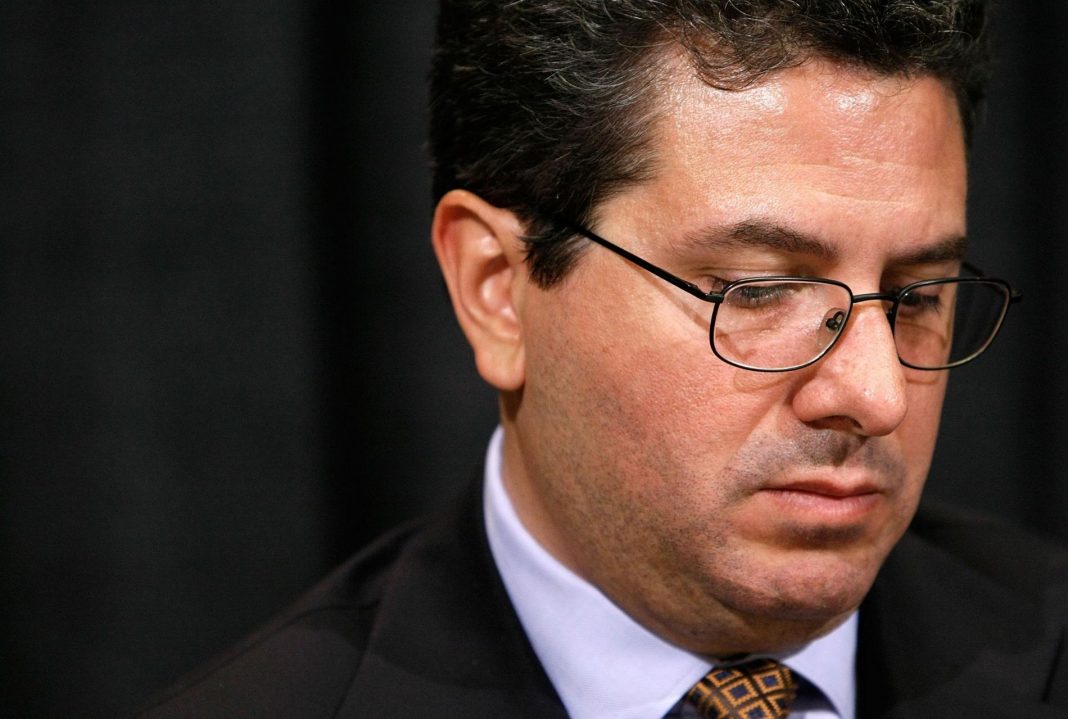 The NFL is in a heap of trouble right now.

Anti-American anthem protests have turned fans off, and the Wuhan virus threatens to derail the upcoming season.

But one particular NFL owner could be finished for good after shocking allegations surfaced.

NFL owner Dan Snyder has had a rough two months.

After vowing never to change the Washington Redskins name, Snyder finally caved to the outrage mob.

The tentatively titled Washington Football Team (creative geniuses over there) will take the field this fall, but there’s an outside chance that it will be the last season it happens under Snyder’s command.

The Washington Post broke open a massive scandal within the organization revolving around mistreatment of the franchise’s cheerleaders.

Members within the organization were accused of sexual harassment and other misconduct.

And now Snyder himself is being called out for essentially pimping out cheerleaders to VIPs.

“We have a hotel room,” Snyder said that 2004 night, according to Scourby. “Why don’t you and Tony go upstairs and get to know each other better?”

Scourby said she laughed sheepishly and waited for a laugh from Snyder that would indicate he was joking. He didn’t laugh, she said.

“Oh, I’m working. Have a great time,” Scourby said she told him before quickly walking back into the crowd.

A total of 42 cheerleaders have accused Snyder and top brass of misconduct.

It doesn’t help that Snyder is currently a vulnerable target after acquiescing to the team name change.

And if there are prosecutable accusations against Snyder, the NFL might be forced to take action.

There’s precedent for such a dramatic move in the NBA.

Snyder grew up a huge fan of the team formerly known as the Redskins, so he won’t go down without a fight.

But the outrage mob was given an inch, and there’s no stopping them from going for a mile.

Threats to pull team apparel from Amazon and the NFL store were the tipping point for Snyder to change the name to the Football Team.

It’s not far-fetched to believe that some pressure point could be squeezed again.

Under Snyder’s ownership, once one of the most valuable franchises in all of sports has turned into a total dumpster fire.