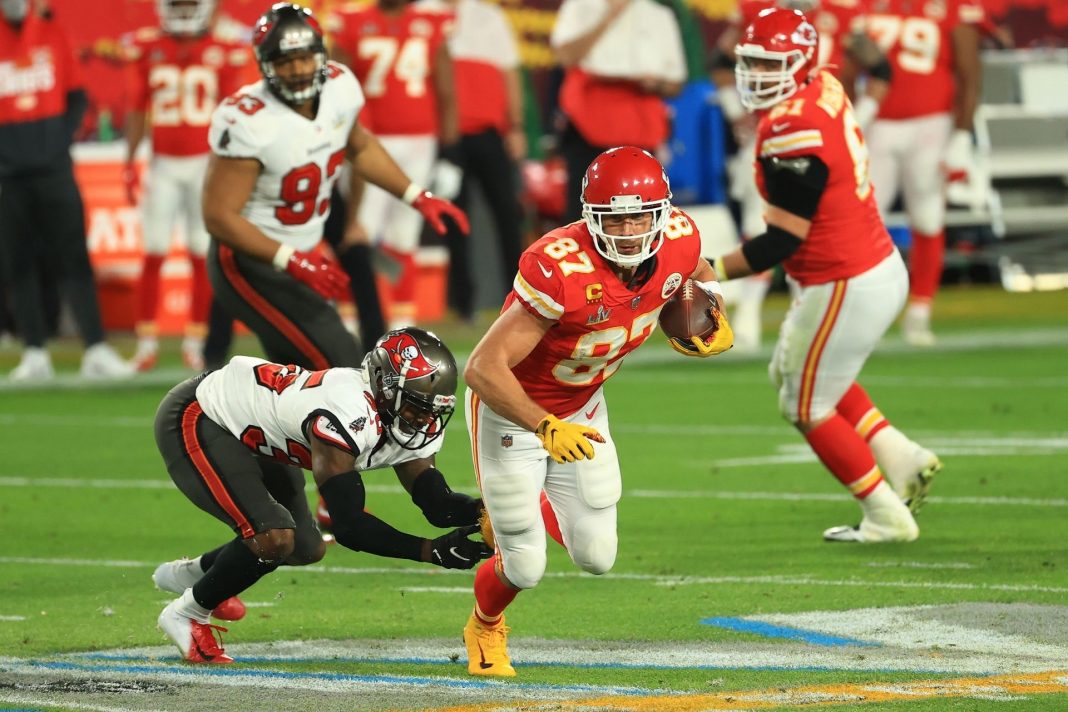 NFL players can make their reputations in a variety of ways.

Not everyone becomes a household name because of what happens on the field.

But this NFL player just became a legend because of what he just did for the fans.

According to Bud Light, that win was good for free beer for Chiefs fans on “national tight end day,” which falls on October 24 when the Chiefs play the Tennessee Titans.

Chiefs fans were already looking forward to that game.

In 2019, the Chiefs beat the Titans at home in the AFC Championship game.

Two weeks later, the Chiefs defeated the 49ers for their only Super Bowl win in franchise history.

Chiefs fans were sure to relive those memories when the two teams played this October.

Now they will have free Bud Light to pound down as they celebrate one of the greatest wins in Chiefs’ franchise history.

There have been so many negative stories this offseason with Aaron Rogers demanding a trade, DeShaun Watson being under investigation for sexual assault, and the NFL’s never ending involvement in social justice politics.

Kelce winning free beer for his fans is the type of feel good story everyone can rally around.