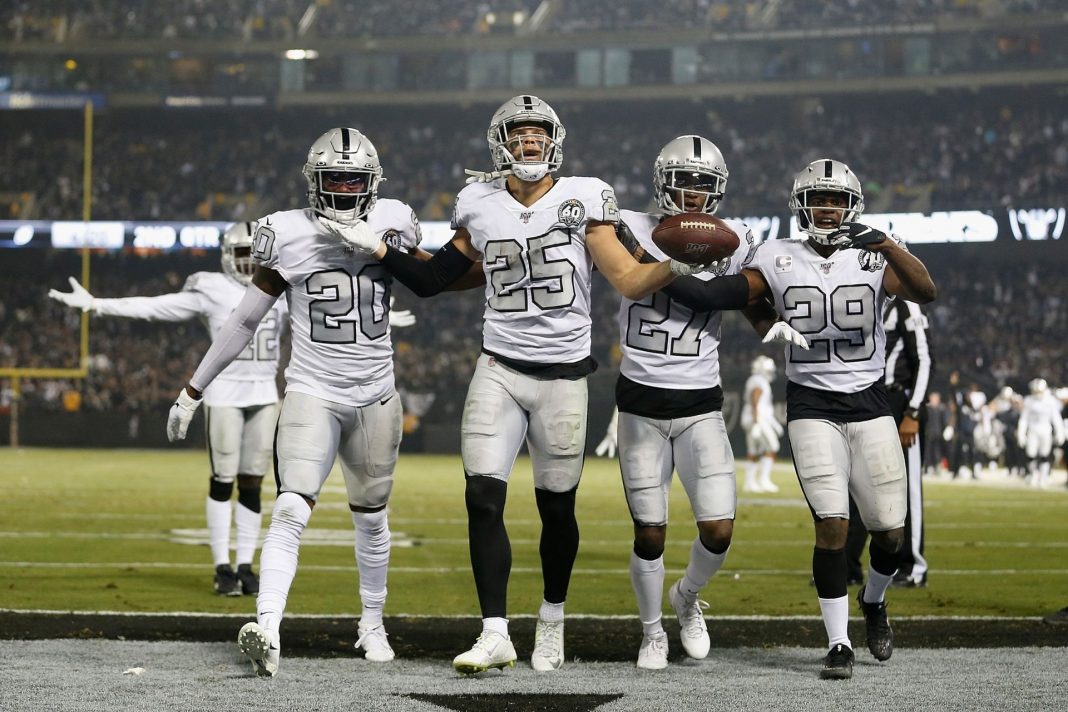 The NFL is having a rough season.

With ratings plummeting and in-person fans limited, interest is falling among Americans who are tired of being lectured to by coddled millionaire athletes.

Now one NFL team just got hit with an unbelievable sanction for this outrageous reason.

The football season almost didn’t happen because of the coronavirus.

March Madness, Wimbledon, and the Summer Olympics were all events that didn’t happen this year.

The NFL chose to play despite protestations from pro-lockdown hysterics, but strict testing and quarantine protocols were put in place.

And now the Las Vegas Raiders are paying the price for violating the draconian rules.

CBS Sports reported, “The Las Vegas Raiders have been fined $500,000, coach Jon Gruden fined $150,000 and the franchise has been stripped of a 2021 sixth-round draft pick for COVID-19 violations . . . The escalated fines and the loss of a draft pick are the results of the Raiders being a repeat offender of the NFL’s COVID-19 policy. Back in Week 2, Gruden was fined $100,000 by the league for failing to appropriately wear a face covering during the team’s victory over the Saints. The Raiders were fined an additional $250,000.”

The hefty fines are bad enough, but the loss of a draft pick is an extreme penalty for an NFL franchise.

The draft is arguably the most important avenue for teams to be able to improve themselves.

The crackdown on the Raiders comes as the NFL has tightened up its COVID policies.

However, world-class athletes in the 20s are not at high risk from suffering severe coronavirus symptoms.

The case fatality rate for people within the NFL’s age range is infinitesimally small.

The players who have contracted COVID are only reporting mild symptoms, if any symptoms at all.

But the cult of mask-wearing has taken over the country.

Even broadcast announcers have been forced to wear masks and sit on opposite sides of a partition.

The punishment has trickled down to the players, too.

The Seattle Seahawks were forced to cut a rookie after he was caught trying to sneak a woman into the team’s hotel room.

If the Raiders get caught again, they could be docked another draft pick, which would be devastating for the franchise.

The Raiders will have to be extra-careful to avoid the hammer coming down on them even harder.