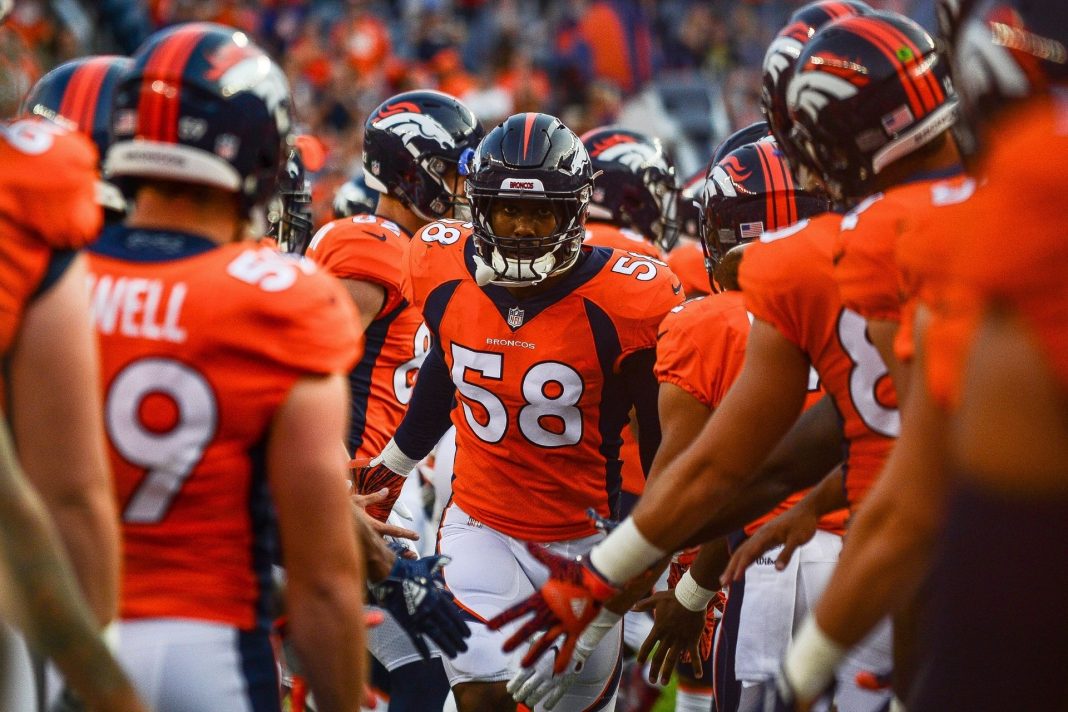 The NFL’s bizarre 2020 season took another strange turn on Sunday.

No one could believe what they were seeing.

And one NFL team was forced to make this unthinkable decision on game day.

The Broncos other three quarterbacks on the roster – Drew Locke, Brett Rypien, and Blake Bortles – all tested negative but because they were in a meeting room with Driscoll and not wearing a mask, the NFL COVID-19 protocols required them to be in isolation for five days.

That forced the Broncos to elevate practice squad wide receiver Kendell Hilton – who once played twenty games as quarterback his first three years at Wake Forest before being moved to wide receiver – to the main roster and start him under center against the 8-2 New Orleans Saints.

Predictably, the Broncos offense was a dumpster fire with Hinton completing 1 of 9 passes for 13 yards and 2 interceptions while Denver gained just six first downs and 112 yards of total offense.

Afterwards, Broncos safety Kareem Jackson ripped the league for not moving the game and claimed the NFL wanted to make an example out of the Broncos.

“I feel like maybe [the game] could have been moved, but at the same time, maybe the league was making an example of us as far as maybe not doing the things we needed to do in that particular room, that quarterback room,” Jackson said. “Obviously, the guys didn’t follow their protocols, and for [the NFL] to see that, I guess they felt like they had to make an example, so at the end of [the] day, it is what it is.

“… Obviously, it’s our guys’ fault for not wearing their masks, but at least maybe move the game to the next day or whenever so we’re given a fighting chance,” Jackson added. “[It’s] obviously disappointing. I’m not sure why it wasn’t moved. I have no clue … as a competitor, [it is] definitely frustrating.”

In recent weeks, the NFL has issued insane coronavirus mandates such as making all players on the sidelines wear masks.

There are no recorded instances of coronavirus transmission on the field of play in any sports anywhere in the world.

Now they are threatening the competitive integrity of the league.