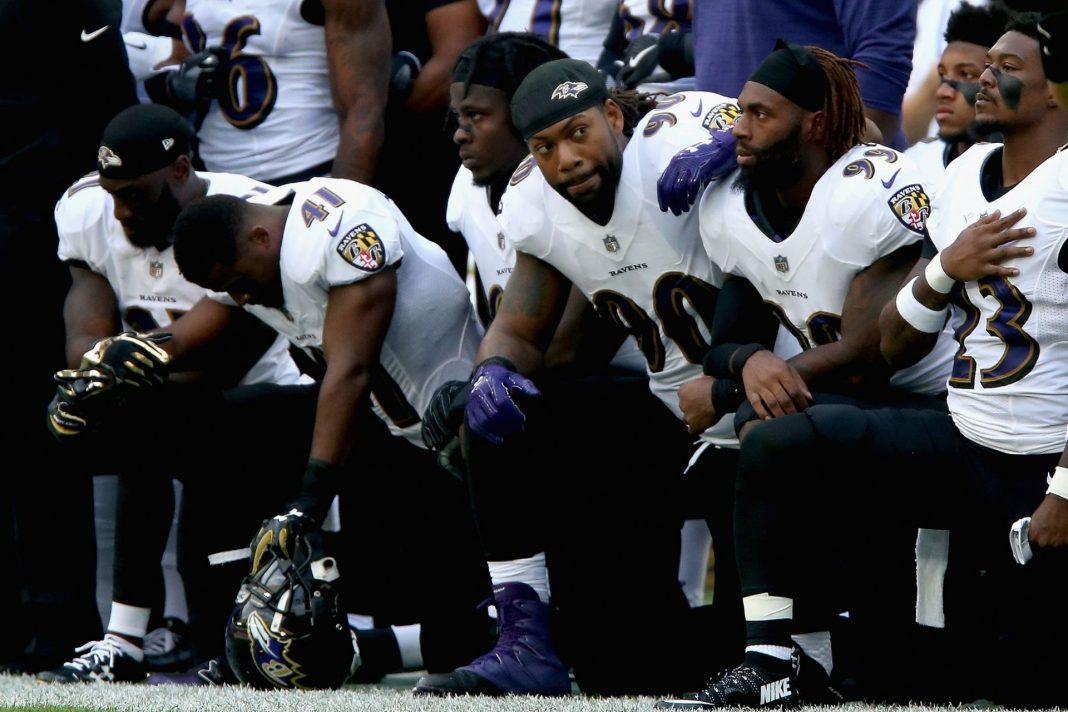 In 2020 not even the National Football League is immune from the plague of political correctness sweeping over America.

But that is bad news for the league.

And one NFL team’s national anthem protest just backfired in this unbelievable way.

Part of the NFL’s capitulation to the Black Lives Matter movement was presenting the fraudulent idea that America has two national anthems.

The league mandated that before every Week One contest, the so-called “black national anthem,” Lift Every Voice and Sing, would be played before the Star Spangled Banner.

For years, anti-American protesters claimed kneeling during the anthem was not a protest of the flag or the idea of American patriotism.

That lie collapsed during the game between the Baltimore Ravens and the Cleveland Browns.

The Ravens players all stood for Lift Every Voice and Sing while kneeling for the national anthem.

Players and the league made a big show all summer about how they would use this season to promote the racist and Marxist Black Lives Matter organization.

First, in Kansas City during the season opener on Thursday night the 16,000 fans in attendance – Kansas City was only one of two teams in Week One to have fans in the stands – booed loudly during a tribute to Black Lives Matter.

Ratings for the Thursday night kickoff game were down 16 percent.

On Sunday night – despite having a blockbuster matchup between the Los Angeles Rams and the Dallas Cowboys, the number two TV market, and the league’s biggest TV draw – ratings plummeted 28 percent from the 2019 opener.

Some of this can be attributed to lack of fans in the stands.

Empty arenas provide a terrible visual for TV and no crowds give off the vibe of a glorified exhibition game.

But the number one reason fans are not watching the NFL this year – and polling data backs this up – is the fact that the games are now exercises in woke virtual signaling and lecturing Americans about how they and their country are racist.