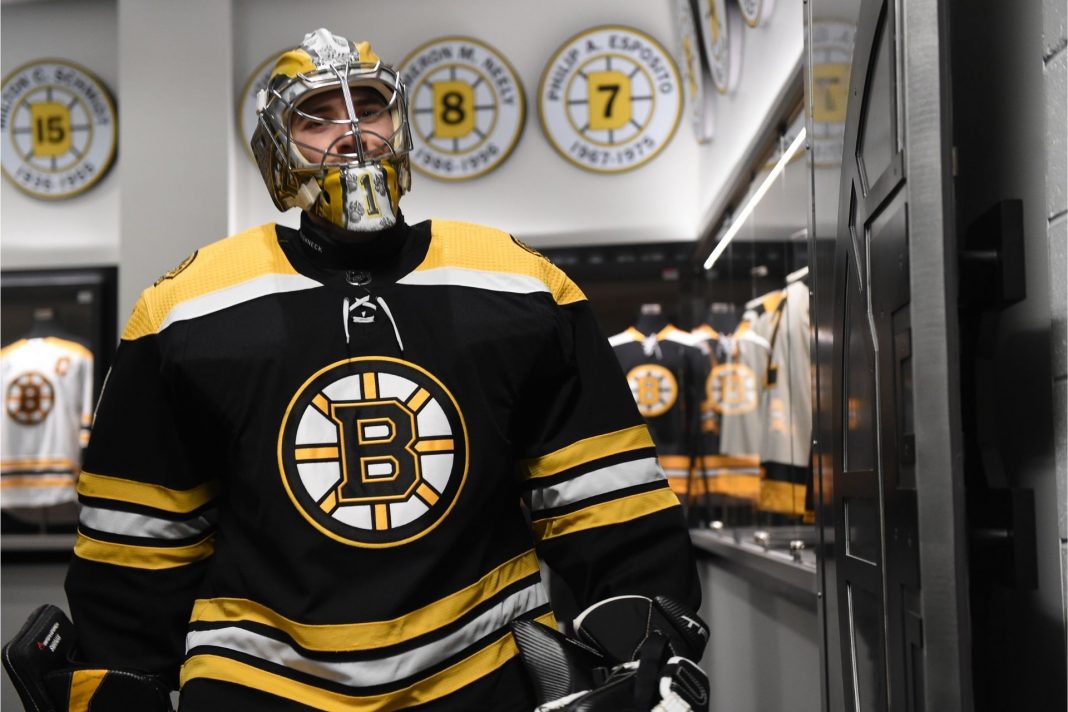 Being an NHL goalie is one of the hardest professional sports positions to play.

From time-to-time they get the opportunity to show you just how skilled they really are.

And one NHL goalie made these once-in-a-lifetime saves that left fans in complete shock.

When you think of the hardest positions to play in professional sports, many of us will probably name the same positions.

Many will name an MLB pitcher, who can literally control a whole game with just his arm.

Some will probably say an NFL quarterback, which a good QB is necessary now for every team in the NFL because they have to know the whole playbook inside and out.

But now, others will say goalie as their top pick for the hardest positions to play.

Hockey goalies are by far one of the most underrated positions in the sports world.

For one, they have to be tough as nails as they take some nasty hits that would make your average NFL quarterback piss their pants.

And most NHL goalies are usually the craziest players on the ice as you would have to be to stand there willingly as pucks fly at your face over 100 mph.

But one of the things that makes them some of the top professional athletes in the world is their ability to react and make some amazing saves.

And you won’t see many better saves than these that just happened.

In a game between the New York Rangers and the Boston Bruins, Bruins goalie Jeremy Swayman made not one but two “once-in-a-lifetime” saves.

Just watch and be amazed: