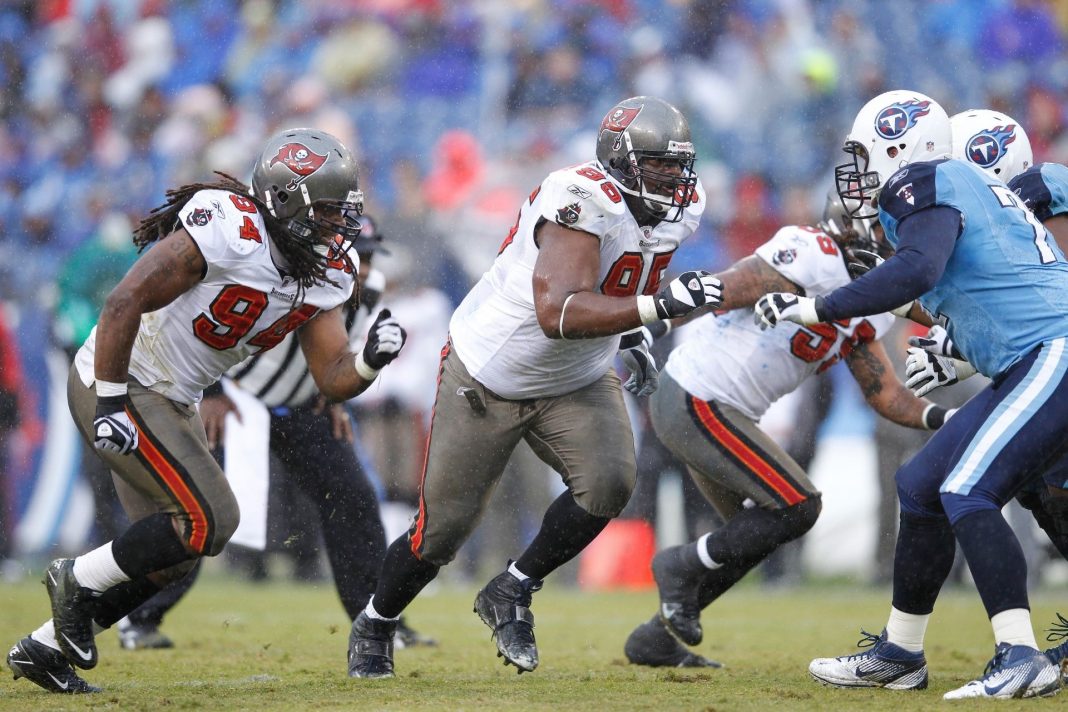 The world of big time college football is quite the soap opera.

It seems like every week or so we get another juicy headline that causes all sorts of drama, debates, and controversy.

And the latest bit of drama has been spearheaded by one of the most overpaid NFL players of all-time, who has decided to boycott his alma mater for what he believes is “racism.”

To say that the University of Tennessee football program is currently a dumpster fire would be one of the greatest understatements of all-time.

Just over two weeks ago, virtually the entire coaching staff was fired for cause – something that almost never happens to coaches – after an internal investigation concluded that they were giving recruits who visited the campus McDonald’s bags filled with cash.

Even the school’s athletic director, former head football coach Philip Fulmer, was forced into an early retirement as a result of the scandal.

So on top of the inevitable major NCAA recruiting penalties that will soon be placed on the program, Tennessee faced the prospect of having to hire a new athletic director and head football coach at the same time.

That’s not exactly the ideal position for any program to be in, much less one that has been a perennial underachiever for roughly 20 years.

But Tennessee was ultimately able to hire Central Florida athletic director Danny White to replace Fulmer, and he ultimately hired UCF head football coach Josh Heupel to be the Volunteers next head coach.

While most Tennessee fans weren’t overwhelmingly enthusiastic about either hire, the program at least had some sort of stability for the first time in weeks.

Sometimes, though, things are just going to get worse before they get any better.

And for Tennessee, things are now much worse as former Volunteers football player, and one of the most overpaid NFL players of all-time, Albert Haynseworth, has started an effort to boycott the program for what he sees as “racism.”

Like most Tennessee fans, Haynesworth’s issue is that the Vols didn’t hire someone other than Heupel.

But while the fan base was hoping for a more established and successful head coach, Haynesworth wanted his friend, fellow Tennessee alumni, and most recently the Vols’ wide receiver coach, Tee Martin, to get the job.

And the fact that Tennessee didn’t interview or hire Martin, a position coach with no head coaching experience and a failed stint as the University of Southern California’s offensive coordinator, is in Haynesworth’s opinion, the very definition of “racism.”

“Obviously Tennessee Vols take Tee Martin for granted!” Haynesworth wrote on Facebook. “Why do (expletive) on him, hell he even reduce his salary to help the university out when he didn’t have to? Is it bc he’s black? UT won’t even interview him.”

Haynesworth went on to proclaim that he would no longer be “attending any games or supporting until I see change in the university that I love so much.”

Essentially, Haynesworth is going to attempt to hold the university’s athletic department hostage until they do what he wants them to do.

“Majority of your players are African-American why not put an African-American coach to lead them especially the one that won Tennessee a championship?,” Haynesworth continued. “You guys give everyone except a black qualified man a chance!”

Once again, Tee Martin has zero head coaching experience and was fired from his only job as an offensive coordinator at USC after some of the worst seasons in the program’s history, so clearly Haynesworth has a different definition of “qualified” than most everyone else.

Not to mention the fact that, as previously mentioned, with the current state of that program, Tennessee needed an experienced head coach to give the program stability.

Whether or not Josh Heupel will succeed in Knoxville is beside the point – Heupel has head coaching experience with a very respectable 28-8 record overall, and seven years of successful coordinator experience.

It could very well be that Heupel is a total disaster at Tennessee, just as every other coach they’ve hired for the past 20 years has been.

But his resume is far more impressive than Tee Martin’s by every possible metric, so to claim “racism” is the only reason Heupel was hired and Martin wasn’t is laughable.

We shouldn’t be surprised that someone like Albert Haynesworth is the one leading this charge, though.

Afterall, Haynesworth was known throughout his NFL career as a locker room cancer that caused major problems for every team he played for, and is universally considered one of the most overpaid players in league history.

During his career, Haynesworth kicked a teammate in the chest in practice, stomped on an opposing players’ head after ripping his helmet off, and got into altercations with coaches on the sideline.

Needless to say, Haynesworth isn’t exactly a person that should give anyone advice – unless it’s about how to get paid over $100 MILLION for doing next to nothing, of course.

Regardless, Tennessee should take anything Haynesworth says with a grain of salt.

Even if Heupel is a failure at Tennessee, that doesn’t change the fact that the Vols hired the best, most experienced coach they believed they could get considering the circumstances.

They undoubtedly did some level of homework on the market for coaches who wanted to take over a program soon to be sanctioned by the NCAA that has underperformed at every turn for the past two decades, and Heupel was the best they could come up with.

There are a ton of accusations a Volunteers fan could levy at the Tennessee athletic department, specifically the football program.

But anyone with a brain knows that racism, at least in this specific situation, is not one of them.