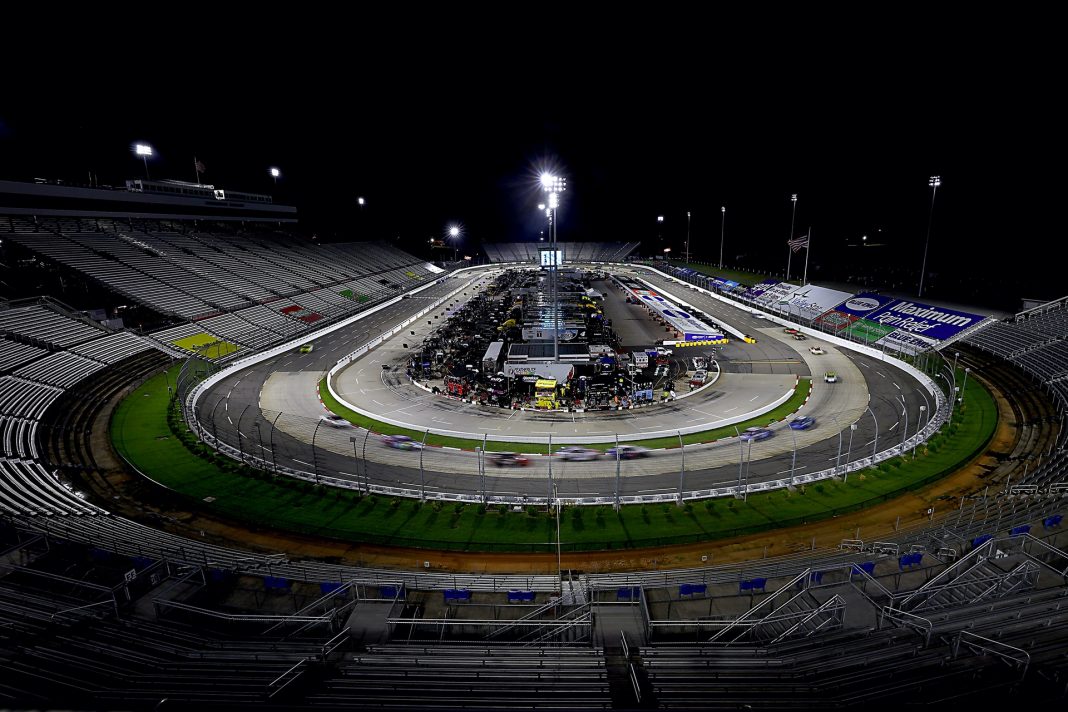 If you talk to many NASCAR fans for more than a few minutes, the conversation will inevitably turn to changes the sport should make.

Nostalgia is a prevalent force in NASCAR, as fans dream about days gone by when stars like Dale Earnhardt made “rubbin’ is racing” the sport’s unofficial motto.

Now, one of the top items on NASCAR fans’ wish list may finally become a reality.

Over the past few decades, NASCAR has undertaken a significant number of changes, many of which haven’t sat well with their core fanbase.

Chief among them are the changes that have been made to the Cup Series’ schedule.

Currently, NASCAR’s schedule is predominantly made up of 1.5-mile, “cookie cutter” intermediate tracks like Charlotte, Atlanta, Texas, Las Vegas, Kentucky, and several others.

That has caused many fans over the years to feel that the schedule had become stale and lacked the diversity that comes from running more short tracks and road courses on a yearly basis.

In fact, since 1980, of the 31 ovals NASCAR abandoned – most of which were replaced with more 1.5-mile tracks – 28 were short tracks under 1-mile long, while just three were intermediate tracks over 1-mile long.

Fortunately, though, many of the long term contracts NASCAR had with those “cookie cutter” tracks have begun to expire, and 2021 has seen greater track diversity in the schedule than the sport has seen in a generation.

Despite the addition of several new tracks and new configurations of existing tracks in 2021, the lack of short tracks is still an issue.

But thanks to a major announcement recently, part of the solution may soon be on the way.

On Friday, after years of debate and negotiations, Nashville, Tennessee Mayor John Cooper struck a deal with Bristol Motor Speedway that could see NASCAR return to the historic Nashville Fairgrounds Speedway.

The Mayor signed a letter of intent with Bristol and the track’s parent company, Speedway Motorsports, Inc., to renovate the Nashville short track into a “significant money-making operation” that will see SMI takeover financial responsibility of renovations and upkeep from the city.

I’ve signed a letter of intent with @BMSupdates to renovate @FGSpeedway and bring @NASCAR back to Nashville. The business terms of this LOI protect Nashville, with multiple revenue streams to make this a financial success. We will put this landmark back on the national stage. pic.twitter.com/Dn1yXB9nFM

“We can work together to transform Nashville Fairgrounds Speedway into an amazing multipurpose entertainment destination,” Marcus Smith, President of Speedway Motorsports, Inc., said in a release.

“We’re ready to roll up our sleeves and go to work to fully restore the speedway, recruit national events and breathe new life into a venue that has a legendary status in auto racing history.”

Among those excited to see NASCAR’s return to the Fairgrounds was short track advocate Dale Earnhardt Jr., who was in attendance at last week’s meeting between Nashville’s Mayor and Speedway Motorsports that culminated in the city’s letter of intent.

The dream of Nascar returning to the historic Nashville Fairgrounds is another step closer to reality. 👍🏼👍🏼

This is undoubtedly the most significant step that’s been taken in the almost four decades since NASCAR last ran in Nashville to bring the sport back to one of the most beloved tracks in America.

For years, politicians and some anti-racing citizens who live near the track have sought to stop NASCAR from returning for selfish reasons, depriving the city of millions of dollars of annual revenue, and robbing motorsports fans of years of excitement and enjoyment.

So far, the details of the renovations Nashville Fairgrounds Speedway will undergo under the deal include a new 30,000-seat structure, modernizing the track to meet NASCAR safety standards, a new, larger concourse, premium seating, pedestrian tunnels, and noise barriers to help keep the members of the no-fun police who live near the track somewhat happy.

There are still several hurdles that have to be crossed before a Cup Series race returns to Nashville, including state legislation, and final approval by the fair board, Metro council, and Speedway Motorsports, but this is certainly the closest this has ever been to a reality.