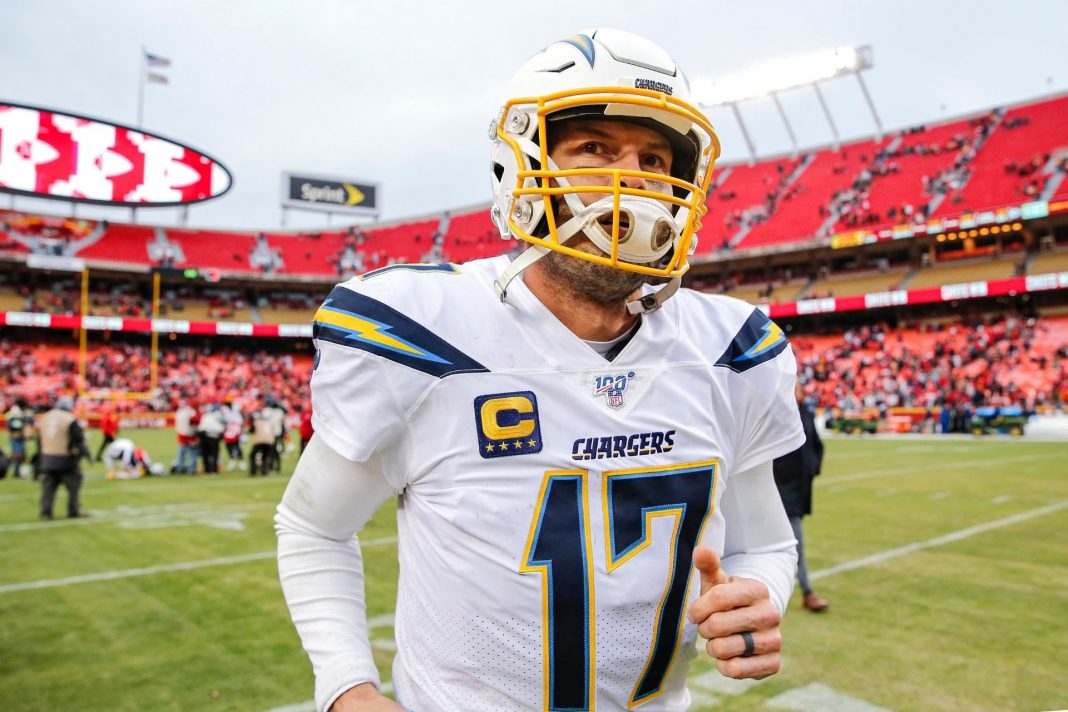 This generation of NFL quarterbacks have spoiled fans, as so many of the sport’s top players at that position have proven to be some of the very best to ever play the game.

Names like Brady, Manning, and Brees are always among the first to come to the minds of many.

But inexplicably, there’s another name that often is overlooked by some, yet he’s still one of this generation’s greatest quarterbacks, and as of Wednesday, he’s called it a career.

When fans and analysts look back on the years that produced the best quarterbacks in the NFL draft, the 1983 class immediately springs to mind.

With Hall of Fame talents like John Elway, Dan Marino, and Jim Kelly, it’s easy to see why many believe that draft class produced better quarterbacks than any other draft.

And of the quarterbacks drafted in that class, none have produced at a higher level more consistently than Philip Rivers.

Coming out of NC State, Rivers was viewed alongside Eli Manning as the best quarterback prospect in that draft class, and had Eli’s last name not been Manning there’s little doubt Rivers would have been the consensus number one overall pick.

Regardless, Rivers headed to San Diego and became the greatest quarterback in Chargers history, serving as literally the only bright spot for an inept organization for 16 seasons.

This past offseason, Rivers finally decided to move on from the Chargers, signing a one year deal with the Indianapolis Colts to make one more run at a Super Bowl.

Now, Rivers has called it a career, announcing his retirement from the NFL on Wednesday.

Philip Rivers has never been given the credit he deserves – that’s just a cold, hard fact.

He’s almost undoubtedly the most underrated quarterback of all-time, but anyone who knows anything about the game, knows how special Rivers truly was.

As Rivers steps away from the NFL, his name is written in the history books alongside some of the best quarterbacks of all-time.

The last stat might be his most impressive, when you consider the day Rivers announced his retirement was the 13th anniversary of the day he played an entire AFC Championship game in New England against Tom Brady with a torn ACL and gave the Patriots all they wanted and then some.

Today marks 13 years since Philip Rivers played through a torn ACL against the Patriots in the AFC championship.

Fitting day for a legend to go out.

Above everything he accomplished on the field, though, no one loved the game of football more than Philip Rivers.

From his time at NC State and throughout his NFL career, the guy just loved the game, and gave it absolutely everything he had every single day.

But, without question, the most impressive accomplishment in his illustrious career was Rivers ability to talk more trash than almost any other athlete in the history of sports, and never once utter a cuss word.

"Dagummit, aggravates the stew out of me!"

Philip Rivers Mic'd Up will always be legendary. 😂 pic.twitter.com/R5vhZxspt5

If that’s not legendary, we don’t know what is.

The NFL won’t be the same without Philip Rivers.

From his throwing motion to his competitiveness to his incredible personality, and everything in between, he was one of the most unique players in the game today.

The days of seeing Rivers on the field in the NFL may be over, but not long from now – roughly five years – we’ll see him enshrined in the Pro Football Hall of Fame as one of the very best to have ever played the game.

Because that’s who Philip Rivers is – one of the very best.