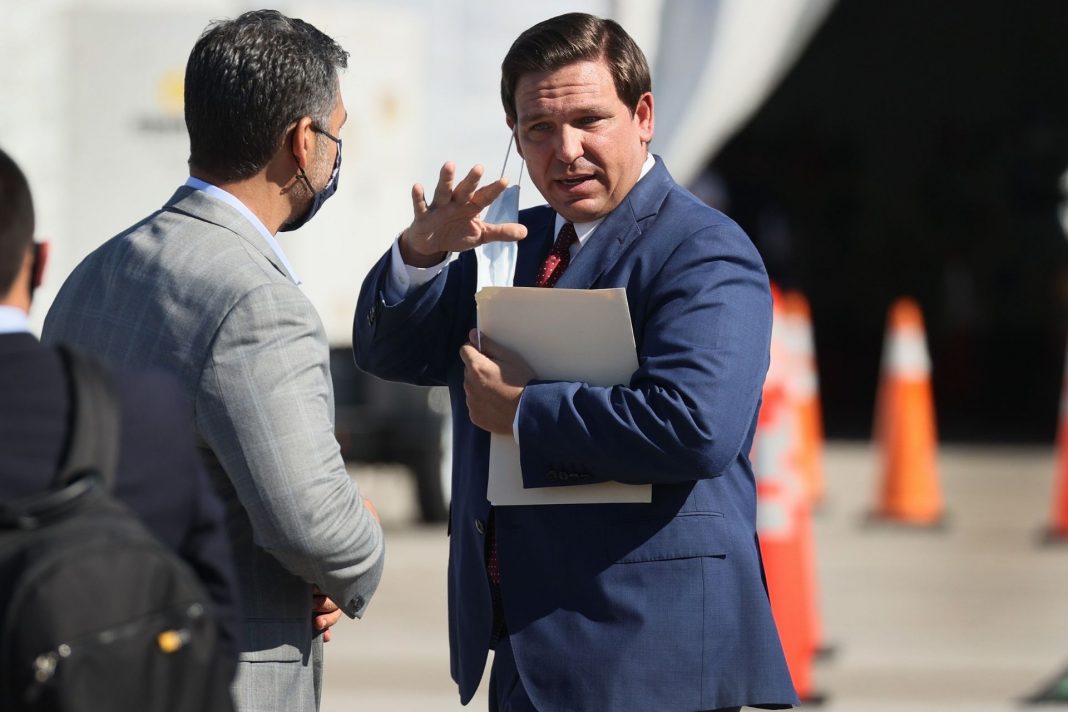 Super Bowl LV was not the most exciting Super Bowl ever played.

But that doesn’t mean the event lacked for controversy and drama.

And this one photograph at the Super Bowl had all hell breaking loose.

Many Americans were jealous of the scenes coming out of Tampa Bay Super Bowl week where fans packed into bars and walked around with no mask on despite the city’s Democrat mayor mandating masks.

It was a glimpse of pre-pandemic normal life that many can’t wait to get back to.

But Democrats and the media were furious.

And of course they directed their anger at Florida Governor Ron DeSantis.

Even though Florida has handled the coronavirus better than blue states like New York and California, the media attacks DeSantis because DeSantis rejected lockdowns and mask mandates proving the Left’s plan to “crush” the virus was nothing more than voodoo and junk science.

That hate manifested itself again after the Super Bowl when reporters demanded DeSantis explain a photograph of him at the Super Bowl not wearing a mask.

DeSantis had the perfect all-American answer: football and beer go hand in hand and how could he enjoy a beer and watch the game if he was wearing a mask?

“Someone said, ‘hey, you were at the Super Bowl without a mask.’ But how the hell am I going to be able to drink a beer with a mask on? Come on. I had to watch the Bucs win,” DeSantis told reporters.

It was the perfect response to a perfectly ridiculous question.

The Super Bowl in Tampa offered Americans a glimpse at normal life.

Many are eager to move past the mask mandates and lockdowns while returning to the normal life everyone enjoyed.