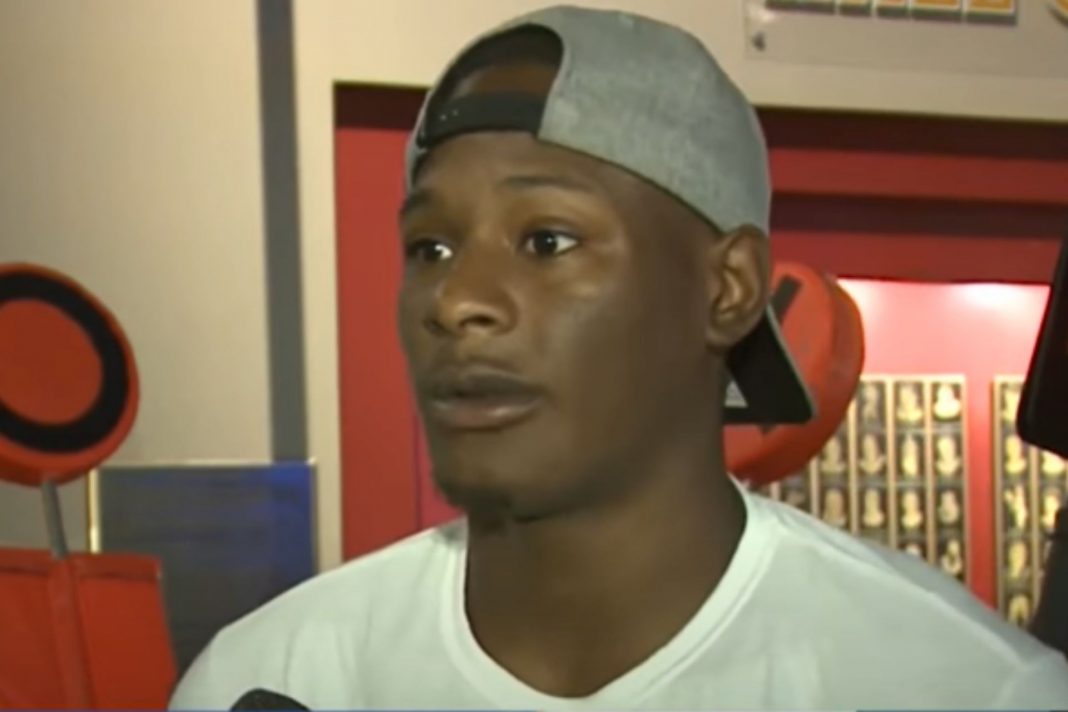 The year 2020 did not end without drama for college football.

Unfortunately, it was for ugly reasons.

And one player was caught on video in a wild on-field brawl in this career ending act.

But that was in no way the biggest story from this game.

The two teams erupted in a wild on field brawl following Mississippi State committing an unsportsmanlike conduct penalty on Tulsa’s last gasp onside kick at the end of the game.

A massive brawl broke out at the end of the Lockheed Martin Armed Forces Bowl between Tulsa and Mississippi State. pic.twitter.com/zfaq912SWU

The ugliest incident from the melee came when video captured Mississippi State receiver Malik Heath kicking a Tulsa player in the face while he was down and then running away.

Kicked a guy and then ran away pic.twitter.com/DZqY3zVy2x

Heath posted an Instagram video of himself watching the video of him bragging about kicking a man while he was down while laughing and joking with his teammates.

Last August, Heath was arrested on charges of drunk driving and how his cowardly act in this bowl game will force Leach to make a decision on if Heath’s talent – Heath caught 34 passes for three touchdowns in 2020 – is worth the continued headaches from on and off the field discipline issues.