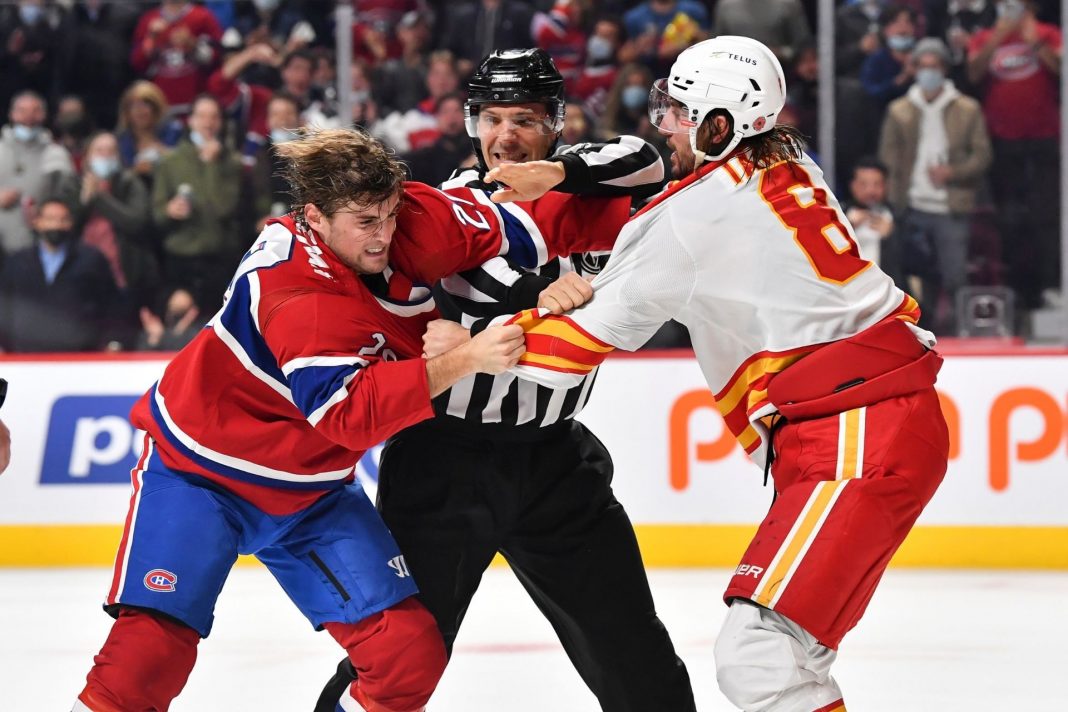 Nothing beats a good sports fight…

And in the case of hockey, fighting is a regular part, and arguably the best part, of the sport itself.

But this hockey fight the other night was far from ordinary and you will not want to miss it.

As you can see from the video, one of the refs at this hockey game was in full retreat after making a call that did not sit well with one particular player.

But then, the ref decided to go total badass on this angry player.

The location of this fight is unknown, but it is likely from overseas… A fight like this would probably never happen in the United States without provoking ridiculous lawsuits and investigations.

Now THIS is how you boost viewership for hockey.

Everybody knows tooth shattering fights are the best part of hockey.

As a result, viewership has decreased across the board.

Believe it or not, folks do not enjoy having radical leftist opinions rammed down their throats when they are trying to relax.

While a ref vs player fight in the NHL might be a bit overboard, the NHL (and other sports leagues for that matter) need to figure out ways to make the gameplay more exciting.