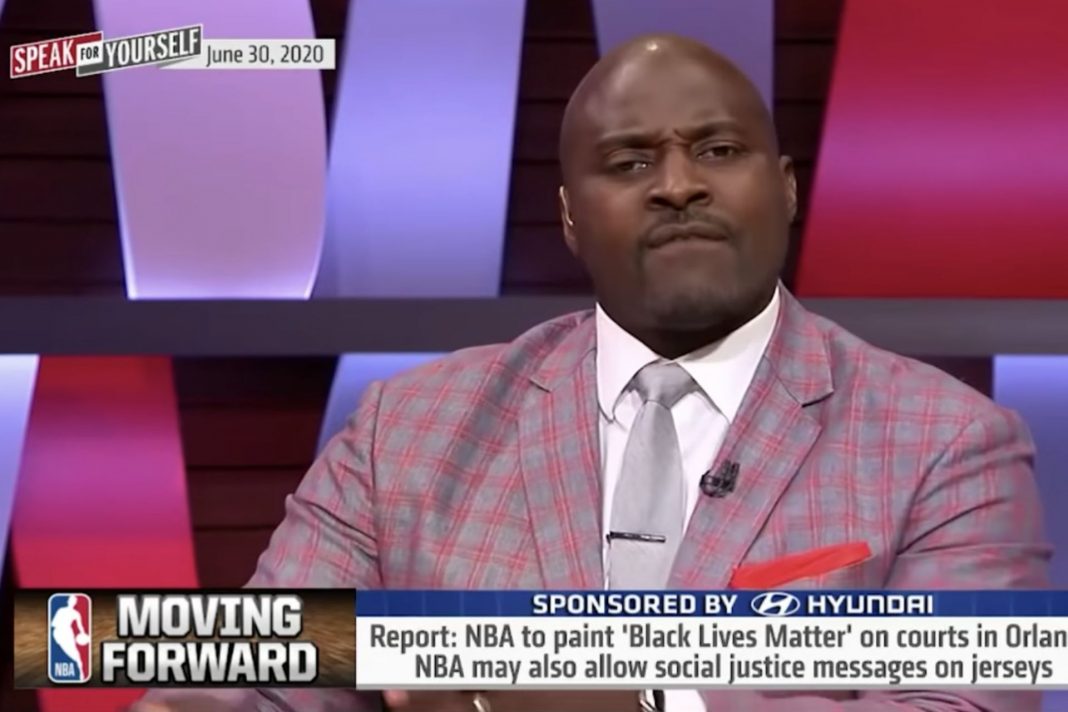 The “woke” makeover of professional sports is becoming truly disturbing.

The Left is moving full speed ahead on collapsing another cultural institution.

But one sports show host said something about Black Lives Matter that shocked everyone.

While the coronavirus has forced millions of Americans to wear a mask, the proverbial mask has slipped from the faces of far-left radicals.

Groups like Antifa and Black Lives Matter have been cheered on in the press, particularly Black Lives Matter, whose message is so benign that it intentionally tries to frame its opponents at Jim Crow Era bigots.

But while Black Lives Matter is lapping up millions of dollars in donations, people are slowly beginning to read the fine print on their label.

Instead of cancelling the coronavirus-blotted 2019-2020 season, the NBA has decided to drag the campaign across the finish line with a quasi-truncated season and championship tournament in a quarantined “bubble” at Disney World in Orlando.

On the courts inside the bubble, the slogan “Black Lives Matter” will be painted on the court, and Wiley is not a fan of the move.

Not only does he believe it’s divisive, but he called out the Black Lives Matter organization as a major fraud:

.@MarcellusWiley breaks down why the NBA’s plan to paint ‘Black Lives Matter’ on courts is a bad idea. pic.twitter.com/EoCJNf7ho1

The hot-fire facts that Wiley presented in the segment cannot be overstated.

Despite sports being more conservative due to their meritocratic nature, sports media skews hard to the Left, so it’s no small feat that Wiley spoke the truth in a world that’s gone mad.

One of the founders of Black Lives Matter bragged in an interview that they’re “trained Marxists.”

They’re not even hiding it.

More people need to know what Black Lives Matter is all about, and Wiley shouting into his megaphone is a big step in de-woking sports entertainment.

Are more people beginning to understand that Black Lives Matter is an anti-American communist movement?