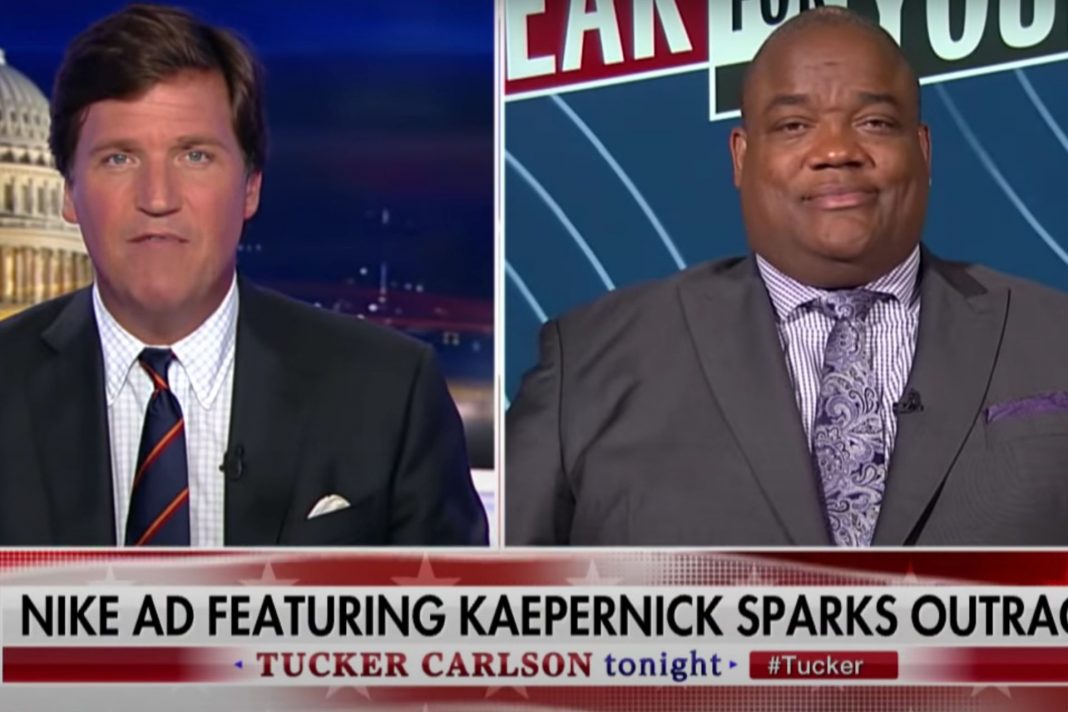 The NFL has been seized by the “woke” Left.

But one sports reporter was brazen enough to call out the NFL for their insane national anthem decision.

The Star-Spangled Banner has now become a divisive issue because of the destruction wrought by the radical anti-American Left.

New Orleans Saints quarterback Drew Brees must’ve thought he still lived in the United States when he said he would never disrespect the anthem or the American flag.

When NFL players first started kneeling for the anthem, the league suffered a spate of season ticket cancellations and declining ratings.

Instead of learning that lesson, the NFL doubled down on divisive, anti-American sentiment and announced that Lift Every Voice and Sing, a poem by James Weldon Johnson that’s nicknamed the “black national anthem,” will be played during week one of the upcoming season.

This is a fantastic idea . . . if you thought the Yugoslav Wars were peachy.

Whitlock said that if players stand for Lift Every Voice and Sing, then kneel for the Star-Spangled Banner, “The NFL will run off a nice, fat chunk of its audience and will never be seen the same again because of the failure of leadership throughout the NFL.”

Whitlock went on to rip the league’s association with Black Lives Matter; several NFL superstars affirmed their support for the radical Left group in a PSA.

He said, “There’s no way you can do any homework on Black Lives Matter and not see that it’s a Marxist political organization . . . I’ve seen many of these guys that claim their Christianity and their religious beliefs. Do they understand Black Lives Matter, communist Marxism is anti-religious?”

Whitlock is 100% right, which ensures he will be ignored by the NFL.

Commissioner Roger Goodell and the owners need to understand that they’re playing with fire.

These radical communists are playing for keeps.

You cannot appease them.

Trying to cater to the “woke” Left is a fool’s errand, particularly when the overwhelming majority of them couldn’t describe a zone defense.

And in the end it looks as if the NFL is walking into a major trap by playing two national anthems.