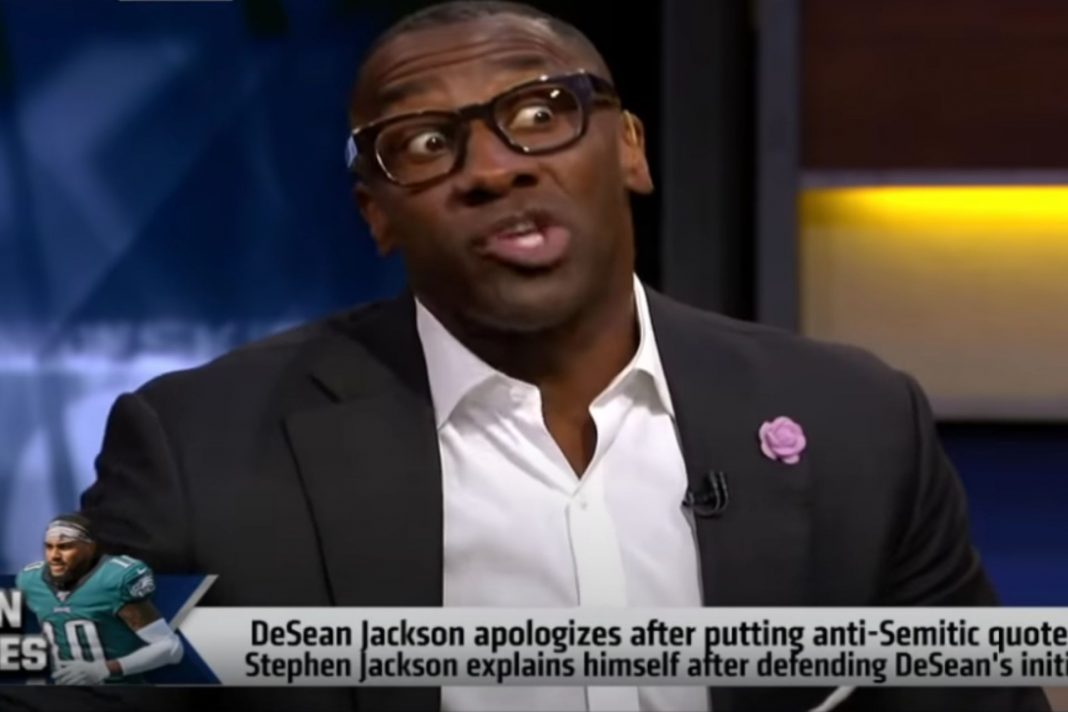 Escaping from the constant barrage of politics has become impossible.

Now one sports reporter made an insane defense for this despicable comment.

In a bizarre social media message, Jackson posted a supposed quote from Hitler that read:

“[B]ecause the white Jews knows that the Negroes are the real Children of Israel and to keep Americas [sic] secret the Jews will blackmail America. The [sic] will extort America, their plan for world domination won’t work if the Negroes know who they are.”

The quote is fake, but even fake-quoting Hitler is a dumb idea.

Perhaps even crazier than Jackson’s post were the reactions to it.

Malcolm Jenkins dismissed the comments and said the conversation was a “distraction.”

This is the same Jenkins that threw teammate Drew Brees under the bus for having the gall to say he would never kneel for the National Anthem.

But one of the worst takes on the Jackson controversy came from Fox Sports co-host Shannon Sharpe, who said, “Skip, we’re going to have to be careful, because we ask black people to disavow a lot of people. You remember when President Obama was running for office? He had to disavow Rev. [Jeremiah] Wright.”

This is utterly insane.

If someone is running for president of the United States, it’s fair game to ask them about a reverend who curses America and blasphemes in the same sentence.

Sharpe continued, “Whites never have to disavow . . . NFL team owners Jerry Jones and Robert Kraft have not been forced to disavow President Trump.”

Apparently Sharpe has been living in an alternate universe over the past four years.

For one, former ESPN host Jemele Hill tried to organize a boycott against Jerry Jones.

Even if what he said were true, which it isn’t, comparing Trump to Hitler is dumb, lazy, ahistorical, and dangerous.

Sadly, these are the kinds of “hot takes” sports fans can expect in the new Wide World of Woke Sports.

Perhaps the nonsense will go away when sports actually start playing again, but woke-weary sports fans might stay away when they do return.

Our Sports with Balls team of experts will be sure to keep you up-to-date on any developments to this ongoing story.