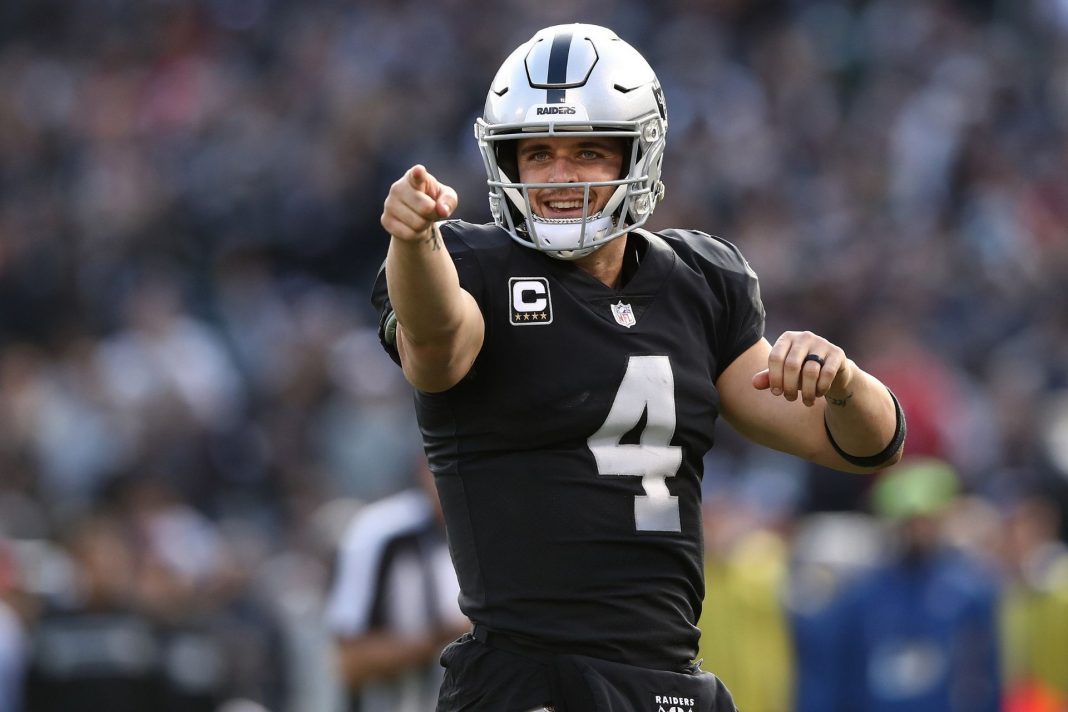 They never take a break from trying to destroy anyone who might support Donald Trump.

But this star quarterback shut down a Trump-hating reporter with one harsh truth.

Snowflake NFL reporter Dov Kleiman took great offense to Las Vegas Raiders quarterback Derek Carr posting a picture of himself wearing a weighted vest with an American flag on it.

This is a common tool for athletes to wear when they do cardio to build endurance and burn calories.

#Raiders QB @derekcarrqb posted this on Instagram less than an hour ago… pic.twitter.com/2BHQ0hnenx

But to Kleiman, the flag and cammo triggered his left-wing paranoia to imply that Carr was a white supremacist on his way to stage an insurrection at the Capitol.

Carr responded to Kleiman by ripping the whiny leftist explaining that all he was doing was letting his fans know that it was offseason training time and he was going all out to be in the best shape possible for the 2021 season.

What's your point and what are you trying to imply? It's a workout weight vest because it's the real start of my off season training. I said "it's that time again" While standing in the weight room in my house. So if you are telling people I'm already back to work thank you. https://t.co/SUgFIy8Krd

Carr also blasted Kleiman for implying he was a white supremacist Trump supporter declaring that while his politics are his own, he prays for every President to succeed.

Kleiman snooping around Carr’s social media accounts and implying that Carr was a violent extremist because of his patriotic workout equipment is part of a disturbing new trend on the Left of labeling all Trump supporters as white supremacists and terrorists.

Sports are now apparently part of that smear campaign.