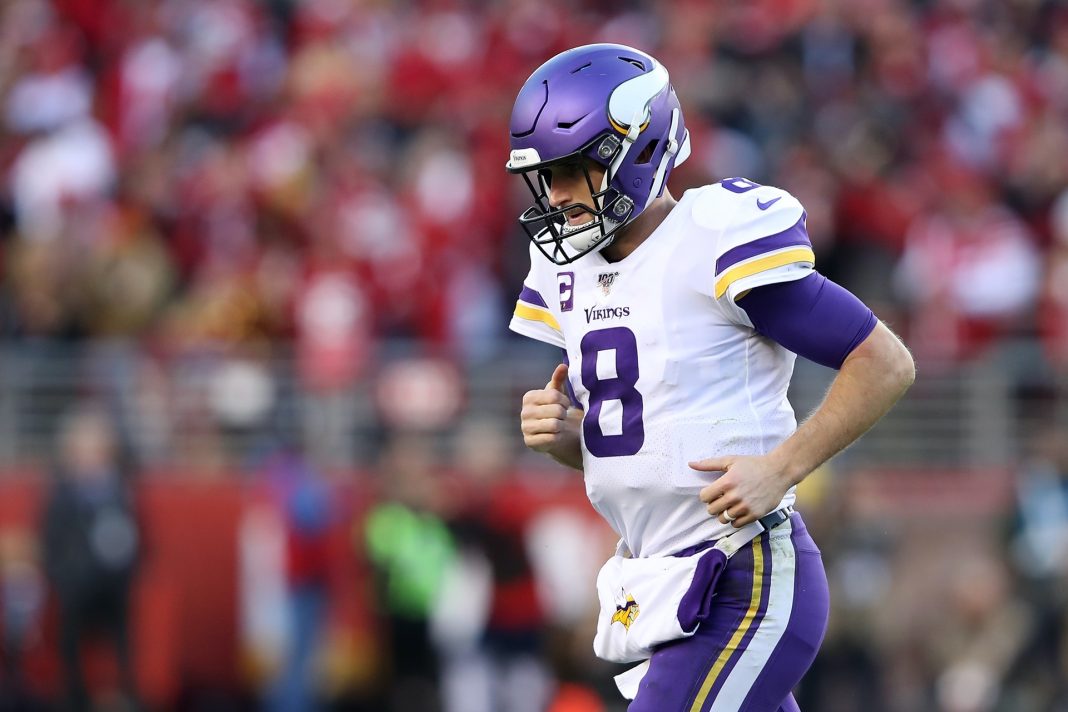 Protests have turned into violent riots over the past few days.

Minneapolis, Minnesota has been the epicenter of the looting by Black Lives Matter and Antifa rioters.

But one shocking picture hit the newswire and it left Kirk Cousins fans in hysterics.

Kirk Cousins signed a three-year $84 million contract – all guaranteed money – with the Minnesota Vikings in 2018.

He’s been the definition of an average quarterback for his career.

Vikings fans are so angry that he’s being overpaid that even the Minneapolis looters – who’ve ransacked everything from dollar stores to the Vikings’ team store – won’t touch his merchandise.

With the dust settling from weekend riots, The NFL Memes Twitter account was on the scene in Minneapolis and posted one shocking image:

As you can see from this very real picture, nothing was left untouched by looters – with the exception of a rack full of Cousins’ jerseys.

But some Kirk Cousins fans are speculating that looters saw his jerseys and were reminded of his wholesome nature.

They just couldn’t bring themselves to steal Cousins’ jerseys.

Locals have also insinuated that the rioters were all from out of town, and thus, not Vikings fans.

Others have said the store simply didn’t have the looters’ size and all that was left were 4-XL or extra smalls.

We may never know the real truth.

In case there are any CNN viewers reading this article, we legally have to point out that this is a *doctored* photo.