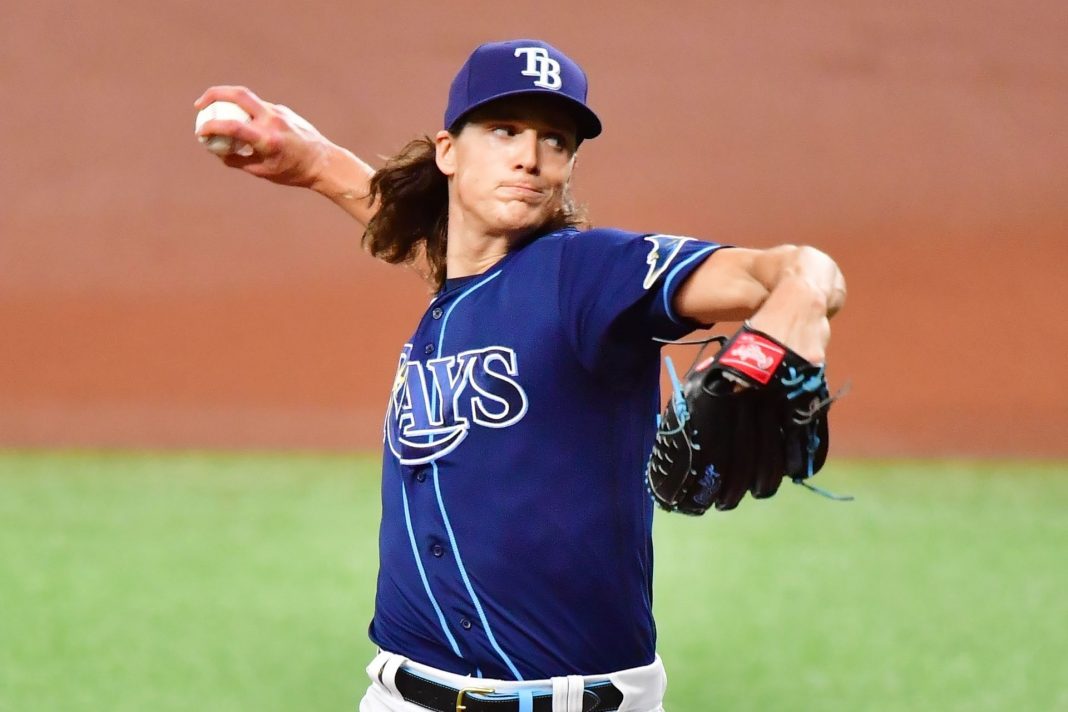 2021 has been a difficult season for Major League Baseball.

The game jumped into the political fray on behalf of the Democrat Party and now there are on-field troubles as well.

And one top baseball pitcher made a jaw-dropping admission about a scandal sweeping the game.

The game of baseball has never taken longer to play or been more boring to watch.

Analytics pushed every team in baseball to adopt power pitching and swing for the fences offenses focusing on pitchers spin rates and batters launch angles.

As a result, every division in baseball has more strikeouts than hits as teams focus on the three true outcomes – walk, strikeout, and homerun.

Baseball is trying to inject more action into the game and Commissioner Rob Manfred announced the league would be cracking down on pitchers using “sticky” stuff – adhesives such as Spider Track – that allow them a tighter grip on the ball and thus greater spin rates on their pitches.

Tampa Bay Rays pitcher Tyler Glasnow whined about the decision in a comment that critics contend amounted to an admission he can’t pitch to major league batters without loading up on adhesives that grant him an unfair advantage.

“I just threw 80 something innings & you just told me I can’t use anything. I have to change everything. I truly believe 100% that’s why I got hurt. I’m frustrated MLB doesn’t understand. You can’t just tell us to use nothing. It’s crazy,” Glasnow stated.

The bottom line is baseball needed to do something.

Games degenerated into boring contests of fans watching guys stand around on the field as pitchers ran up record strikeout numbers while the opposing team waited for a home run.