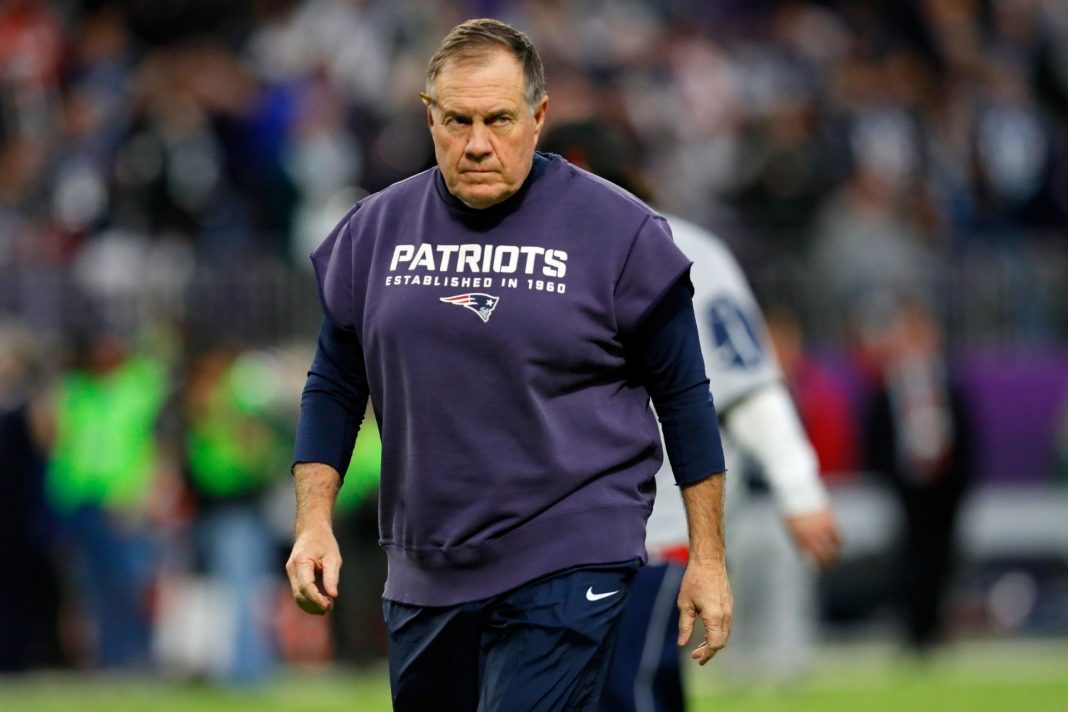 It seems like every major institution in America is ganging up on him to force him out of office early.

And now this Trump-supporting coach took a stand that no one saw coming.

Legendary New England Patriots coach Bill Belichick is known as one of President Trump’s biggest supporters in the world of sports.

Many Trump supporting coaches and players keep their views secret out of fear of being ostracized.

President Trump wanted to reward Belichick for his support by awarding him the Presidential Medal of Freedom.

But Belichick turned down the President and said he could not move forward accepting the award.

“Recently, I was offered the opportunity to receive the Presidential Medal of Freedom, which I was flattered by out of respect for what the honor represents and admiration for prior recipients. Subsequently, the tragic events of last week occurred and the decision has been made not to move forward with the award,” Belichick stated.

Belichick stated that after the riot at the Capitol he could not participate in this ceremony.

“Above all, I am an American citizen with great reverence for our nation’s values, freedom, and democracy. I know I also represent my family and the New England Patriots team. One of the most rewarding things in my professional career took place in 2020 when, through the great leadership within our team, conversations about social justice, equality, and human rights moved to the forefront and became actions. Continuing those efforts while remaining true to the people, team, and county I love outweigh the benefits of any individual award,” Belichick added.

Players in the NBA and College basketball protested the riot falsely claiming that the police would have treated Black Lives Matter rioters much more harshly.

Belichick probably thought that if he accepted the Presidential Medal of Freedom pro-Black Lives Matter players in the NFL would make putting a roster together difficult as they would refuse to play for New England.

This is just another way the Left is exploiting the riot to try and cancel anyone that supports Donald Trump.