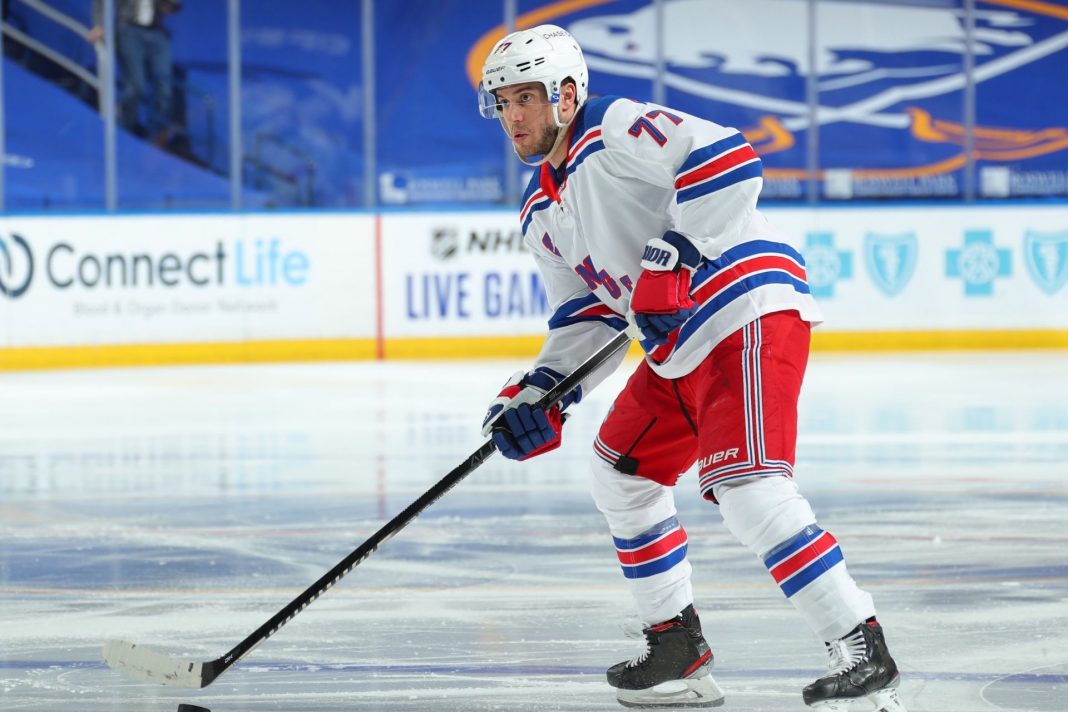 Trump supporters feel like every institution in America is under control of the Left.

The world of sports is no different.

And now one Trump supporting pro-athlete got cut for what he said after a game.

Now, he’s out of a job after a post-game confrontation with goalie Alex Georgiev following the Rangers overtime loss to the Pittsburgh Penguins.

There was a physical altercation between Tony DeAngelo and Alex Georgiev outside the locker room following Saturday night’s 5-4 overtime defeat to the Penguins at the Garden that was the trigger for the team placing No. 77 on waivers, a source close to the team confirmed to The Post.

The Post learned Monday morning, K’Andre Miller broke up the altercation that was precipitated by a remark from DeAngelo to the goaltender just as the team left the ice.

Rangers General Manager Jeff Gorton made it clear this was DeAngelo’s last straw.

“Yes, he has played his last game for the Rangers,” Gorton told the press. “What happens going forward I don’t have the answer for that.”

That did not stop speculation that the Rangers waiving DeAngelo had as much to do with his outspoken political beliefs as his attitude issues.

Rangers President John Davidson claimed the two were not related, but that DeAngelo’s social media presence had been an issue the team discussed with DeAngelo.

“There’s a fine line with social media, but there’s obviously freedom of speech,” Davison added. “We certainly watch what our players say and do on social media. Tony, we’ve had informal discussion about it, there’s always a trickle-down effect.”

Even though the Rangers signed DeAngelo to a two year, $9.2 million contract in the offseason, his career with the Rangers was on the rocks from game one.

On opening night, DeAngelo was reprimanded by Coach David Quinn after DeAngelo slammed the door on the penalty box.

Quinn then made DeAngelo a healthy scratch in subsequent games.

And it does appear that, all things considered equal, DeAngelo’s support for Donald Trump did not help his cause.