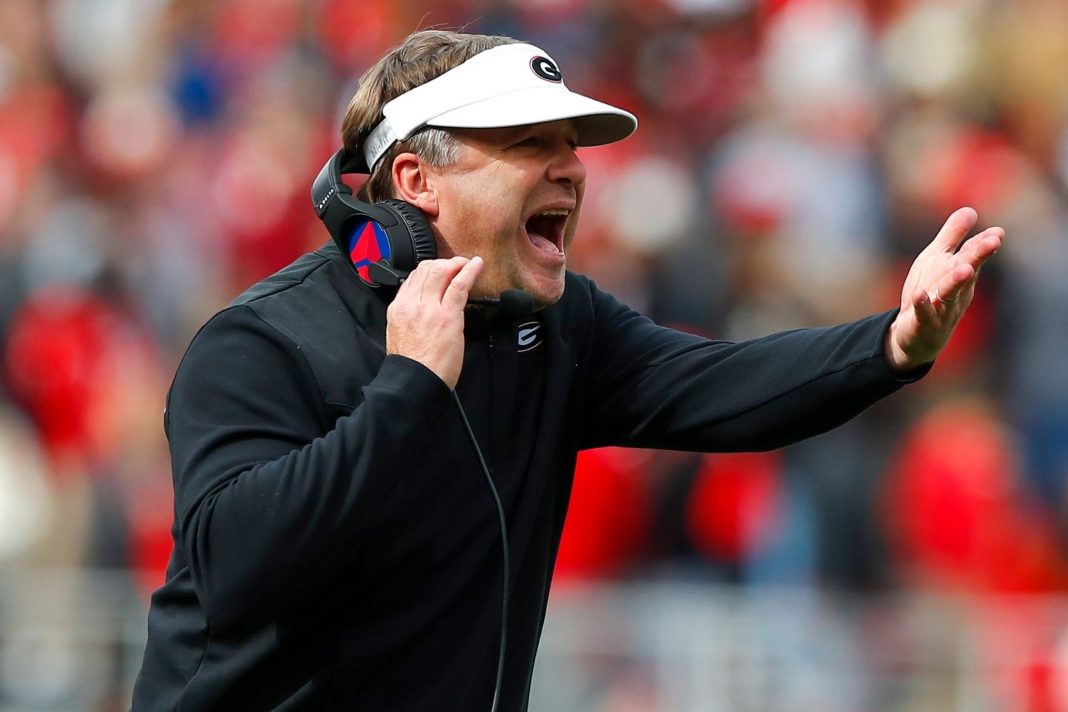 The 2021 college football season is as wild as ever.

Teams are fighting for their spot in the four team playoff.

And one undercover recording of this top college football coach will blow your mind.

The Georgia Bulldogs assumed the number one ranking on October 10 and never looked back.

Georgia’s defense is putting on a historically dominant season, giving up an average of only 7.6 points and 247 yards per game.

In today’s era of no-huddle, hurry up offenses where teams try to run 80 plays a game on offense, Georgia’s defensive dominance is regarded by many as the college football equivalent of the 1985 Chicago Bears or the 2000 Baltimore Ravens.

Scouts also project that all 11 Bulldogs who line up on defense will eventually be NFL draft picks.

But that doesn’t mean Georgia is coasting.

And undercover audio of head coach Kirby Smart at halftime of the Bulldogs October 31 rivalry game against the Florida Gators showed just how hard Smart pushes the team.

Georgia led Florida 24-0 at halftime in a series that Florida historically dominates.

Smart was taking no chances and profanely implored his player to “break” the Gators.

“And our asses are gonna kick the f*cking sh*t out of them, physically! Physically! I WANT TO BREAK THEM! I’m talkin’ about f*cking breaking these b*tches on defense and offense!” a fired-up Smart raged.

Georgia ended up blowing out Florida 34 to 7.

This is how many fans are used to coaches talking.

But in 2021’s America, coaches run the risk of players who can’t hack it whining about a “toxic culture,” the coach being a “bully,” or damaging their “mental health.”

However, one big question is who in the Bulldogs violated the sanctity of the locker room by secretly recording coach Smart and leaking it to the press?