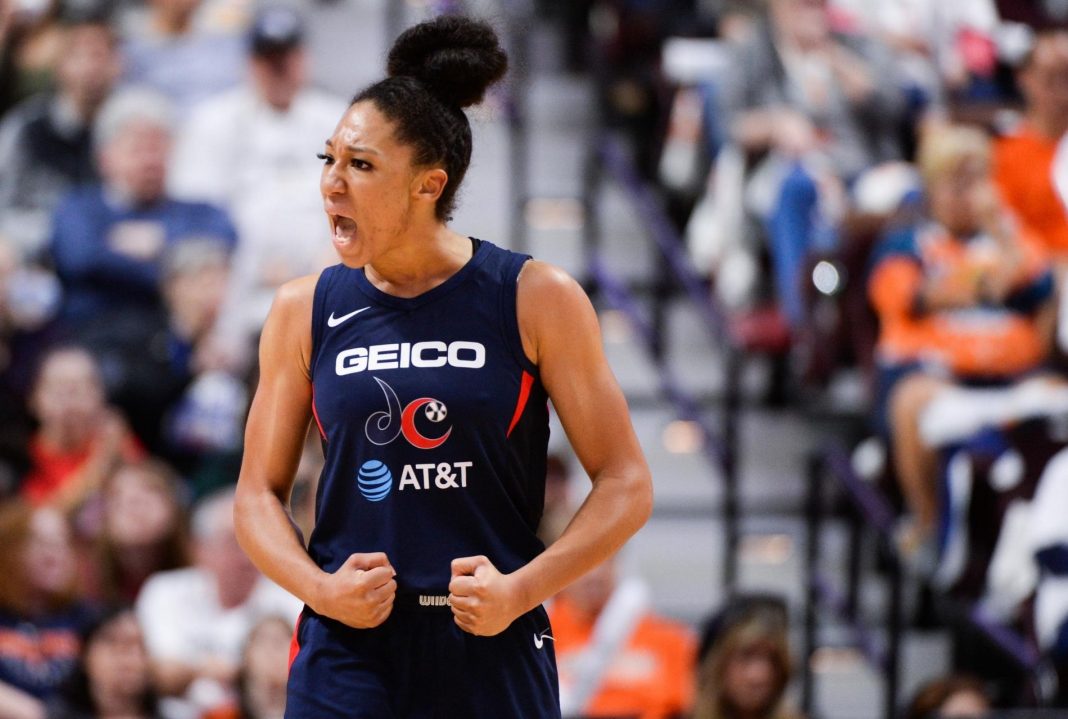 The WNBA has become unbearably “woke.”

Viewership for the league went from miniscule to nonexistent after two teams walked off the court during the national anthem.

Now one WNBA player is angry at NBA Finals MVP Andre Iguodala for this eye-rolling reason.

America might be stuck with “woke” sports for the foreseeable future.

Fans can’t sit back, relax, and enjoy sports without having politics shoved in their face.

The WNBA’s New York Liberty and Seattle Storm both walked off the court for the Star-Spangled Banner on opening night for the league.

If that action didn’t alienate the already marginal WNBA fan base, Washington Mystics’ player Aerial Powers did her best to pick up the slack.

Former NBA Finals MVP Andre Iguodala complimented Powers on Twitter as she was having a good game.

If you’re struggling to find the offense in that Tweet, you’re sane.

Powers apparently isn’t, so she replied:

“Put some respect on my name or keep this tweet to yourself!!”

Yes, Powers was offended that Iguodala referenced her by number instead of name.

This sent Powers over the edge as she replied:

“We deal with disrespect on the daily so for someone like you @andre to tweet that off the same device u could have looked me up on is unacceptable. Mind you commentator said my name. Would it have been the same if I was a guy?”

It’s “unacceptable” that Iguodala didn’t reference her by name.

This is mind-numbing for multiple reasons.

First of all, it’s commonplace to refer to players by their numbers instead of their names.

Coaches and players do it all the time because they’re watching hours of film and identifying players by their numbers.

Second, Powers’s response showed a level of ingratitude that’s bad for the country.

She could’ve been gracious in accepting the compliment, but instead chose to be cantankerous.

Him just mentioning your number made me look you up, I had no idea who you were before and probably never would have. He’s showing love and shining a light on your league, idk how you could possibly take that as disrespect

The leftist militancy that’s taking over sports is terrible news for the country and for fans of the game.

Stay tuned to Sports with Balls for all the latest news.