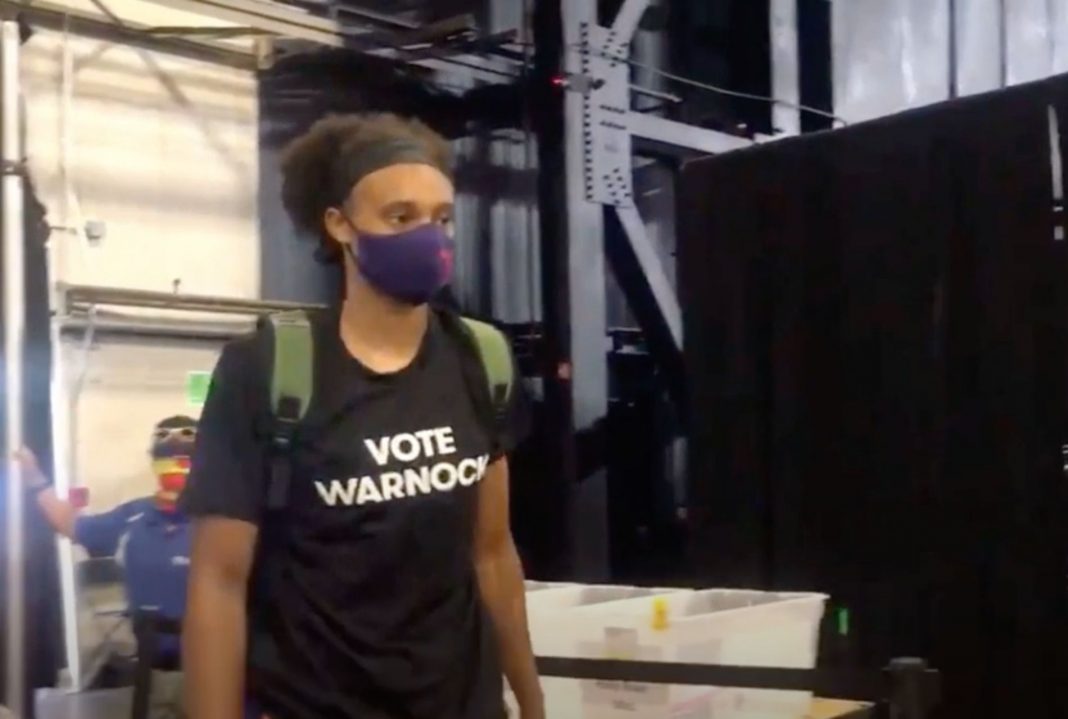 Believe it or not, but the WNBA has actually become even more unwatchable.

The league obviously offers an inferior product in comparison to the NBA, but it compensates by being full-on “woke.”

Now one WNBA team is protesting this U.S. Senator in the most obnoxious way.

On opening night of the WNBA season, the Seattle Storm and New York Liberty walked off the court before the playing of the national anthem, and that isn’t even the most political statement players in the league are making.

Players on the Atlanta Dream are now taking their on-the-court activism to the next level.

Team co-owner Kelly Loeffler has been critical of the anti-American anthem protests and Black Lives Matter, and believes they’re terrible for business.

Loeffler wrote a letter to the WNBA commissioner that read:

“I adamantly oppose the Black Lives Matter political movement, which has advocated for the defunding of police, called for the removal of Jesus from churches and the disruption of the nuclear family structure, harbored anti-Semitic views, and promoted violence and destruction across the country . . . I believe it is totally misaligned with the values and goals of the WNBA and the Atlanta Dream, where we support tolerance and inclusion . . . Why not put the American flag on players’ uniforms instead?”

Loeffler is also a Republican Senator from Georgia, so her “woke” players didn’t need any extra incentive to hate her.

Now players on the Dream are showing their disdain for their boss’s common sense statements by wearing T-shirts endorsing Raphael Warnock, one of her Senate challengers.

Players on the Dream as well as players on other teams have worn “Vote Warnock” shirts, an obvious slap in the face to Loeffler.

What’s interesting about Warnock is that he isn’t even the top Democrat running for Senate in Georgia, but he’s the one that’s being endorsed by the socialist wing of the party.

The fact WNBA players are endorsing the radical in the race speaks to where the league is, and perhaps where sports are headed in general.

Far-left politics are truly running sports in 2020, even the ones nobody watches like the WNBA.