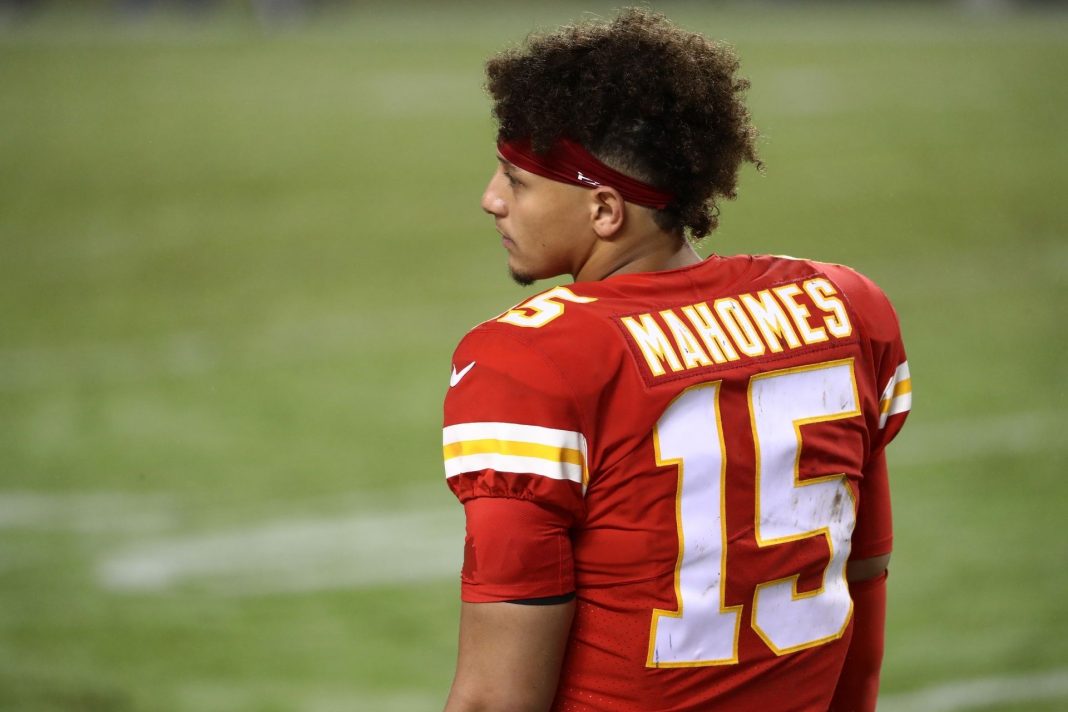 For fans, with all the time and energy that goes into supporting your team, always looking ahead to the day you can celebrate a championship, losing is devastating.

It can be even worse for players, though, having worked their entire lives to be on the verge of a championship only to have it taken away from you in an instant.

But no one has ever suffered as much after a loss as Patrick Mahomes’ family, who are all now having a total meltdown after his Super Bowl loss.

The Kansas City Chiefs were supposed to be the rather heavy favorites heading into the Super Bowl.

Most in the media talked like this was just another step Patrick Mahomes had to take in order to continue his climb towards becoming the greatest quarterback of all-time.

However, the actual greatest quarterback of all-time and the Tampa Bay Buccaneers had other ideas.

The Chiefs were ultimately manhandled in every facet of the game, and Mahomes was handed the first double-digit loss of his career.

And just when it seemed like things couldn’t get worse for Mahomes and the Chiefs, the ladies in Mahomes’ life took to social media.

Back in 2019, she was absolutely stunned to find out that Patriots fans didn’t exactly love the fact that she, as a Chiefs fan, stood up in front of them the entire game and taunted them as the Patriots trailed in the game.

“This place is horrible, people already yelling every time I stand up, am I not aloud to stand up for football game?” Brittany said on Twitter at the time. “I was told if I stand they will call security and kick us out, can’t stand for your team?”

But as stunned as she was to find out that fans of opposing teams don’t like having a loss rubbed in their face, she was even more stunned to find out that ESPN’s sole purpose isn’t to serve as her husband’s chief propaganda machine.

During the fourth quarter of the Super Bowl, with the Chiefs trailing the Buccaneers by 22 points, the ESPN and SportsCenter Twitter accounts Tweeted out pictures of Patick Mahomes that his fiancee felt weren’t exactly flattering.

Cool ESPN, love the support of a major sports platform for one of the best players in the league…
🌽🌽🌽🌽🌽yyyy https://t.co/N2d6kewxvp

While it’s not exactly clear why these tweets sent her over the moon, there’s no denying that she was clearly frustrated watching her husband and his teammates get embarrassed in the biggest sporting event in the world, and needed to lash out at someone.

Besides, it could have been far worse – Brittany could have targeted Tom Brady’s wife with her meltdown, like her soon to be mother-in-law did.

Yes, rather than taking shots at a dwindling sports media empire that, let’s face it, deserves ridicule, Patrick Mahomes mother, Randi Mahomes, decided to send a tweet to Brady’s wife, Gisele Bündchen, in which she blamed the Chiefs loss on the officials.

To say that the meltdown the Mahomes ladies experienced after the Super Bowl loss was bizarre would be an understatement.

In all honesty, it’s totally understandable to be heavily invested in a game when your fiancee or son is on the field, and being disappointed for him and his team is only natural.

But to lash out on social media when you’re a family member of an NFL player just isn’t a good look for anyone involved.

Patrick Mahomes has the world at his fingertips right now and is going to be able to live a life few ever dream possible, but even he has to be embarrassed seeing this.

No doubt he’ll need as much time to recover from the embarrassment as he does the loss.