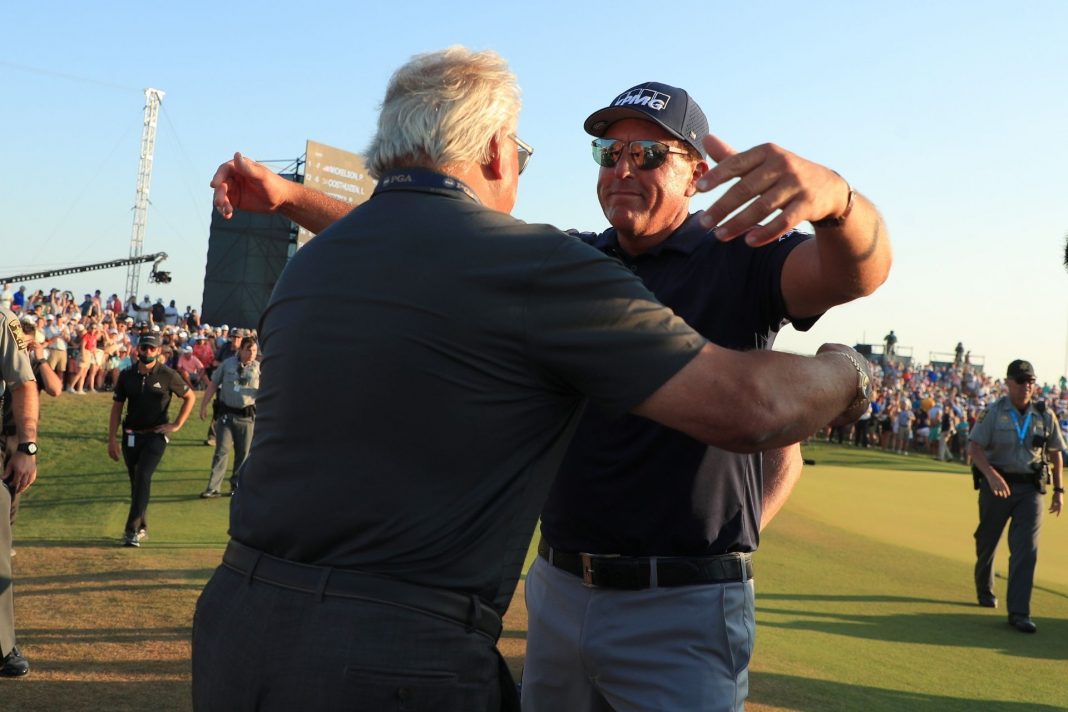 The world of golf had never seen anything like this.

Not since the fictional tour championship with Happy Gilmore had golf seen such a performance.

And Phil Mickelson just made history with this historic win at the PGA.

On Sunday, Phil Mickelson became the oldest golfer ever to win a major when “lefty” emerged victorious at the 2021 PGA Tour Championship.

This was Mickelson’s 45th victory on tour.

Mickelson also made PGA Tour history by having a 30 year span between his first and last win.

The 2021 PGA Tour championship was held at the famed Kiawah Island Golf Resort in South Carolina.

Mickelson took the lead on Friday when his second round score of 59 dropped him to five under par.

He did not relinquish that lead holding off 4 time major winner – and 2018 and 2019 PGA Champion – Brooks Koepka with a final four day total of 282 strokes, which was good enough for six under par.

Mickelson’s “go for broke” attitude long made him a fan favorite and the boisterous crowd needed to be restrained by security as they chanted “lefty” at the 18th green before Mickelson tapped in his final putt that clinched the historic victory.

Golf crowds are known for the quiet reverence with which they watch the sport.

There is a reason the phrase “golf clap” exists.

But on Sunday, the crowd that followed Mickelson was more like a European soccer crowd as they chanted, cheered, and even mobbed Mickelson to the point that he needed a security escort to physically fight his way through the crowd after hitting his approach shot on 18.

Mickelson later called that moment “slightly unnerving and but exceptionally awesome” as the six time major winner was in awe of the crowd support behind him.