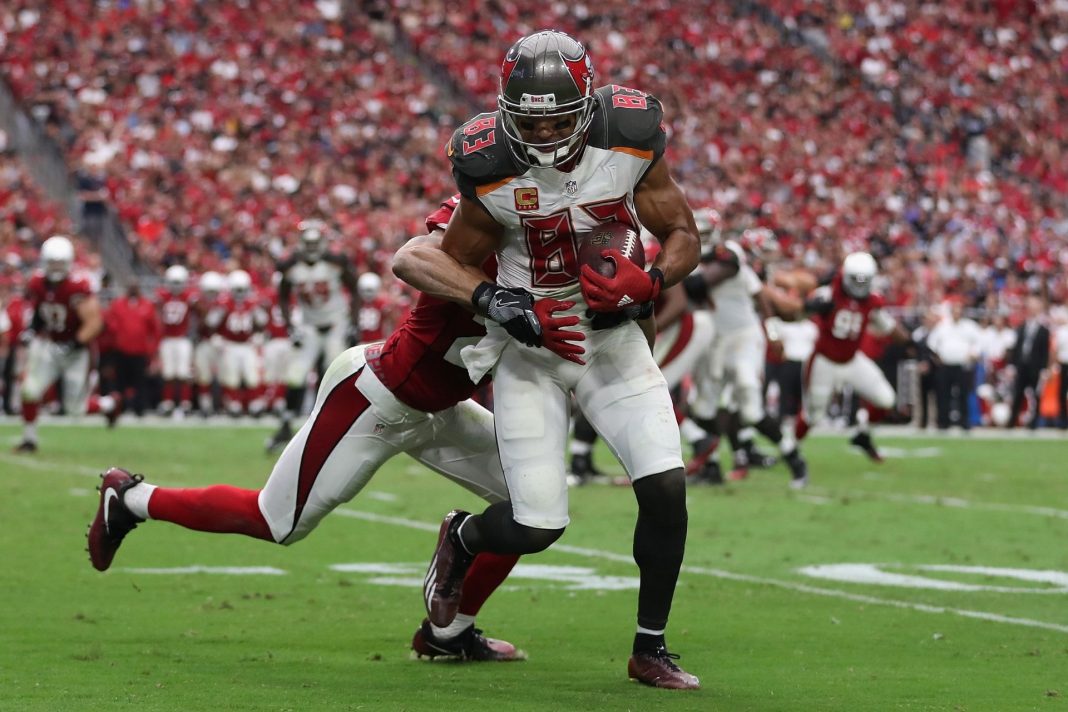 No one saw this coming.

And everyone involved with the NFL was in mourning when police found this former NFL star dead in a hotel room.

Jackson was previously the subject of a missing persons case, but officers tracked him down to on Friday and spoke with Jackson.

There was no sign of trauma or immediate cause of death given.

Jackson played 12 years in the NFL and starred for both the Bucs and the Chargers, making the Pro Bowl three times.

Both teams expressed their deepest sympathy to Jackson’s family in a statement.

“During his five seasons with our franchise, Vincent was a consummate professional, who took a great deal of pride in his performance on and off the football field,” Buccaneers owner Bryan Glazer wrote.

Glazer noted Jackson’s biggest impact was being the Bucs nominee for NFL Man of the Year four straight years for his off the field charity work.

“His greatest achievements as a Buccaneer were the four consecutive nominations he earned as our Walter Payton Man of the Year,” the statement added.

In a post on social media mourning Jackson’s passing, the Chargers also highlighted Jackson’s work in the community as what stood out during his tenure with the franchise.

“We are shocked and deeply saddened by news of Vincent Jackson’s sudden passing. Vincent was a fan favorite not only for his Pro Bowl play on the field but for the impact he made on the community off of it,” the team said on Twitter.

Jackson was just 38 years old and a player his peers respected as a leader on and off the field.

As everyone involved in the NFL moves into preparations for free agency and the draft, the league looks toward the 2021 season with a heavy heart.