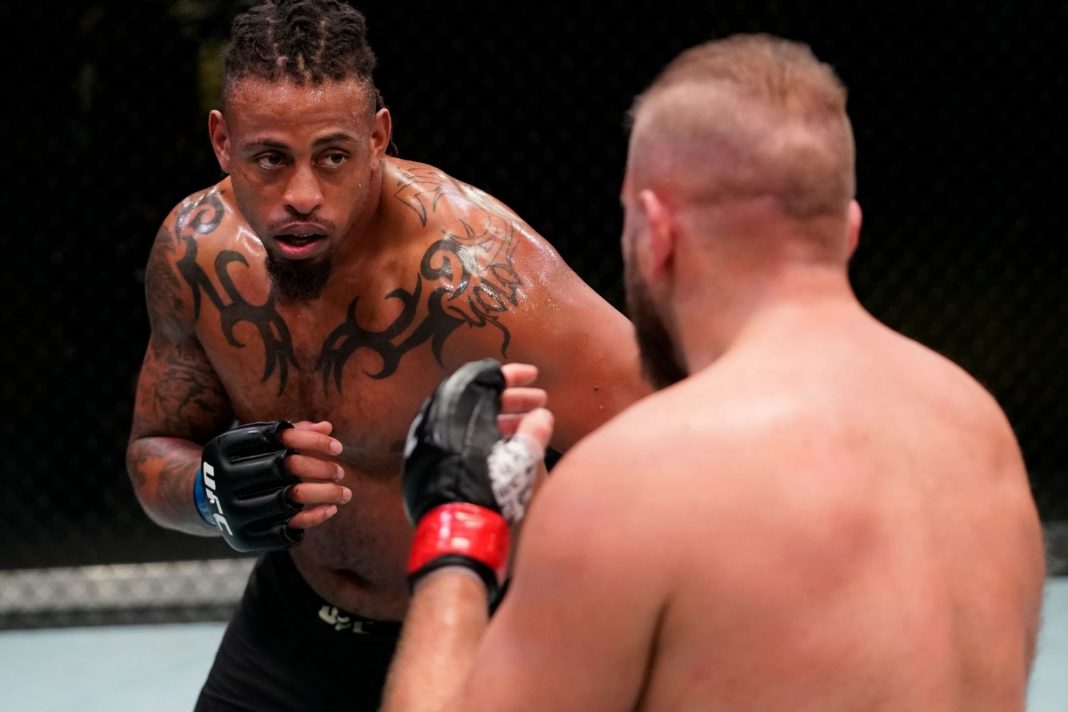 You can probably count all of the vocal conservative professional athletes on one hand.

That’s why so many people are stunned when you hear an athlete express their love for their nation.

And reporters were in shock as this UFC fighter openly admitted that he is a proud American and a Republican.

It’s a sad day when woke athletes like Colin Kaepernick and LeBron James are the face of sports.

But that’s exactly where we are as a society.

Even sports are politicized.

And average Americans in professional sports are scared to death to share their true feelings and thoughts to the world.

One wrong comment about how they respect our nation and then they are shunned from professional sports forever.

Just look at how Drew Brees was forced to go on an apology tour after saying he thought kneeling during the anthem was disrespectful to the flag and our country.

But one professional athlete made it clear that he could care less what leftists think about him.

Greg Hardy isn’t exactly the guy you would consider to be a patriot.

He has a persona as being the bad guy in the room with a few felony charges plaguing his reputation.

But when asked about if he embraces the bad guy label he made it clear he didn’t want any of it.

Hardy claimed, “I’m not a villain,” he said. “I’m well spoken, I’m pretty, I eat well. I‘m a great father and a great citizen. I’m an awesome American. I’m a Republican. I vote. What kind of villain would I be? I’ve never been convicted of anything that they said I was. I’m a regular run-of-the mill guy learning on the way up, taking responsibility for his mess-ups. If I bow down to this villainous, cowardice stigma they try to put on me, I wouldn’t be a prince. I would be a peasant.”

Greg Hardy doesn't consider himself a villain "I'm a great citizen…I've never been convicted of anything that they said I was" #UFC264 pic.twitter.com/bHZRyTe8zn

Of course, Hardy is wrong on his claim that he hasn’t been convicted of anything.

He was found guilty back in 2014 of assaulting a female and communicating threats.

But the shocking part in his response was the fact that he admitted to being an “awesome American” and a Republican.

That’s something you don’t hear everyday from a professional athlete.