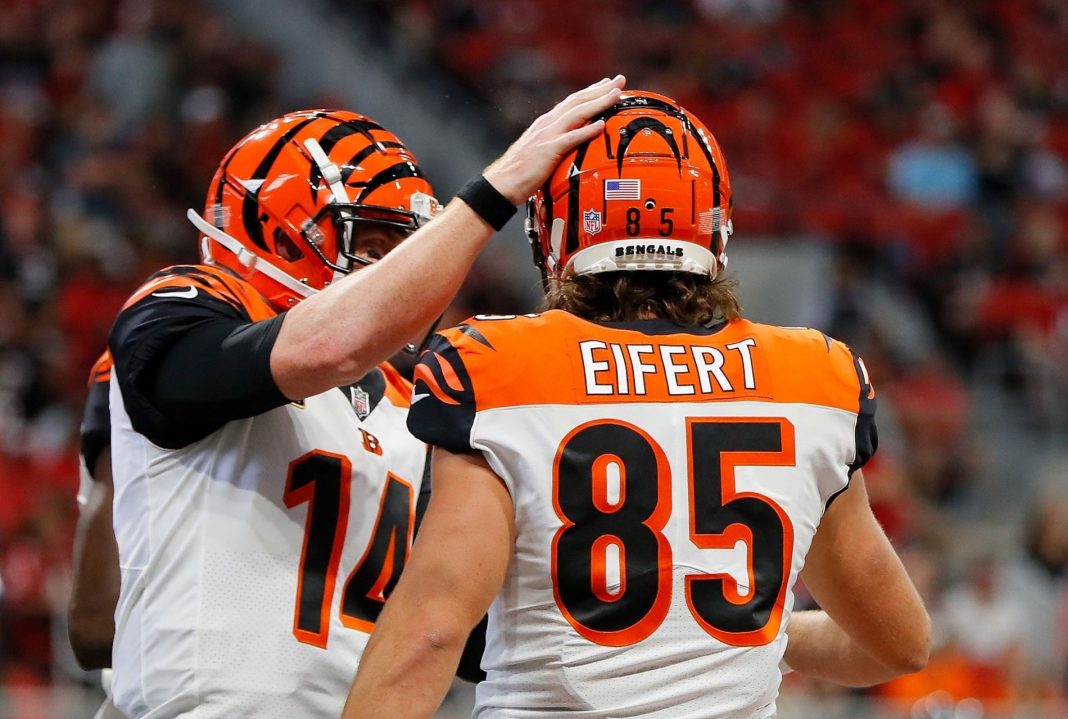 The NFL is following in the NBA’s footsteps by pushing “woke” political messages.

It was recently reported that the league would allow players to put the names of “victims of police violence” on the back of their helmets.

But the name one pro bowl player picked wasn’t what Roger Goodell had in mind.

The NFL is trying gain favor with leftwing ESPN reporters who are still upset that Colin Kaepernick is out of the league.

So they’ve recently made several changes to pander to the social justice warrior crowd.

Tyler Eifert was a former pro bowl tight end for the Bengals who now plays for the Jaguars.

Eifert recently announced he will honor fallen police officer David Dorn by displaying his name on the back of his helmet.

David Dorn was a black, retired St. Louis police captain who was murdered in the Black Lives Matter riots.

In the past, the new Jags’ TE has also honored fallen hero Pat Tillman by writing his name on his game day cleats and celebrated America as the best country in the world – a far cry from many other athletes today.

Happy 4th of July! I love this holiday, always think how lucky I am to live in the best country in the world. And everyone in the military who sacrificed so we can all live the American dream! Have fun and be safe out there

Fans of teams across the league applauded Eifert’s move.

But this isn’t what Roger Goodell expected when the league started to cater to national anthem kneelers.

During a recent practice, future Hall of Fame QB Drew Brees wrote the name “Jacob Blake” in big block letters on the front of his helmet.

Blake is an alleged rapist who fought off police and was eventually shot after refusing to comply with police orders and wielding a knife. His shooting sparked the Kenosha, Wisconsin Black Lives Matter riots.

Hey @drewbrees, do you have a list of serial rapists you plan on honoring this year? Or is Blake the only one? pic.twitter.com/YdectCvdaV

It was a 180-degree-turn for Brees, who caught flak earlier this year when he said he’ll stand for the national anthem.

Since then, Brees has repeatedly apologized for offending the sensibilities of the anti-America mob.