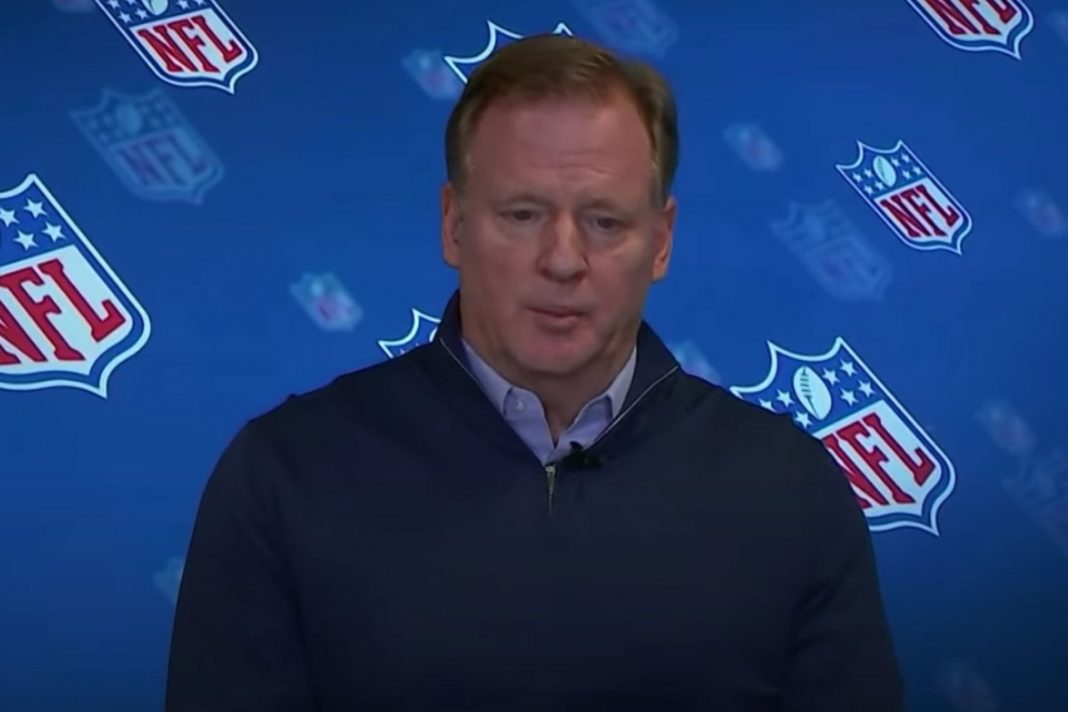 The season has not gone as expected for the NFL.

Burdensome COVID-19 restrictions have turned the year into a mess.

But Roger Goodell took one look at these numbers and knew the NFL is in trouble.

The NFL got some disturbing news about its ratings for 2020.

Thus far, the league’s ratings are down 6% from the 2019 season at this juncture.

The NFL took a big hit in viewership in 2017 in large part due to the anti-American anthem protests launched by Colin Kaepernick.

But the full embrace of “woke” sports and empty stadiums due to COVID have set the league back.

And it couldn’t happen at a worse team with television negotiations on the horizon.

According to Front Office Sports:

“The stakes are high . . . All of the league’s media deals expire after the 2021 and 2022 seasons. There are potentially billions of dollars at stake as the NFL tries to nearly double its $5 billion annual rights fees from media partners ESPN, CBS, NBC, and Fox.”

The truncated offseason strict COVID procedures could possibly be reasons why an abnormally large number of marquee players have suffered significant injuries this year.

The schedule has also been in flux due to postponements because of the virus.

But the over-the-top social justice messaging has only exacerbated the situation.

And now the San Francisco 49ers have been forced to vacate their home and move their entire operation to Arizona for at least three weeks because of inane COVID edicts from Santa Clara County.

It’s bad enough that the 49ers (and many other teams) have been forced to play in completely empty stadiums.

Now they can’t even play or practice within hours of their home turf.

This is not what the NFL was hoping for when they announced the 2020 season would happen.

The dip in ratings was blamed on intrigue over the 2020 election, but the election has passed and ratings have not rebounded.

If the league doesn’t course-correct, the next television deal won’t be as lucrative as once hoped, and players might start to feel the crunch in their wallets.