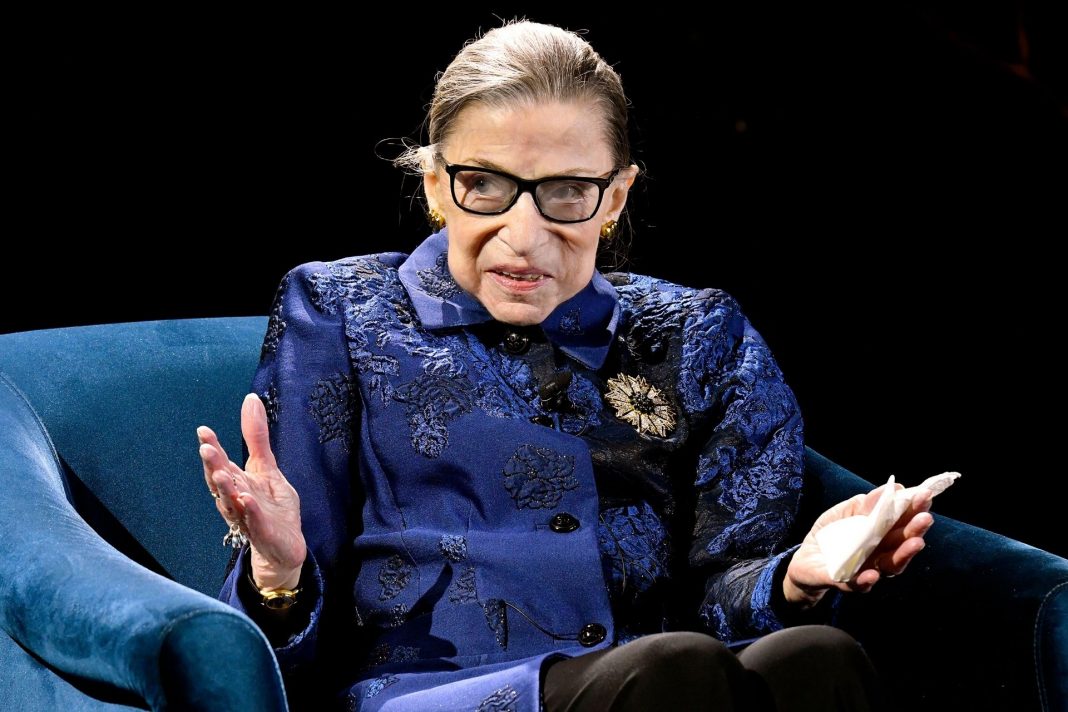 As Americans remembered Ginsburg, they also took a second look at her comments on Colin Kaepernick and kneeling for the national anthem.

And Ruth Bader Ginsburg had one surprising message for the NFL’s anthem protestors.

Ginsburg was a cultural icon on the Left and Couric automatically assumed Ginsburg would speak out in favor of Kaepernick’s anti-American and anti- military protest.

Instead, Ginsburg called kneeling for the national anthem “dumb.”

“I think it’s really dumb of them,” Ginsburg told Couric.

Ginsburg explained that it was a dumb and disrespectful, but there shouldn’t be a law banning it because even disrespectful protests are protected forms of speech.

“Would I arrest them for doing it? No,” Ginsburg explained. “I think it’s dumb and disrespectful. I would have the same answer if you asked me about flag burning. I think it’s a terrible thing to do, but I wouldn’t lock a person up for doing it. I would point out how ridiculous it seems to me to do such an act.”

Couric was flabbergasted, but Ginsburg continued claiming NFL players were “stupid” and “arrogant” to claim to be protesting police brutality when they were kneeling for the national anthem.

Today on the Left and in the sports media, it’s an article of faith that woke athletes kneeling for the national anthem are on the vanguards of America’s social conscience.

But even diehard liberals like Ginsburg knew the truth – a bunch of millionaires protesting that the country that made them rich and famous is racist can be described in two words: “stupid” and “arrogant.”