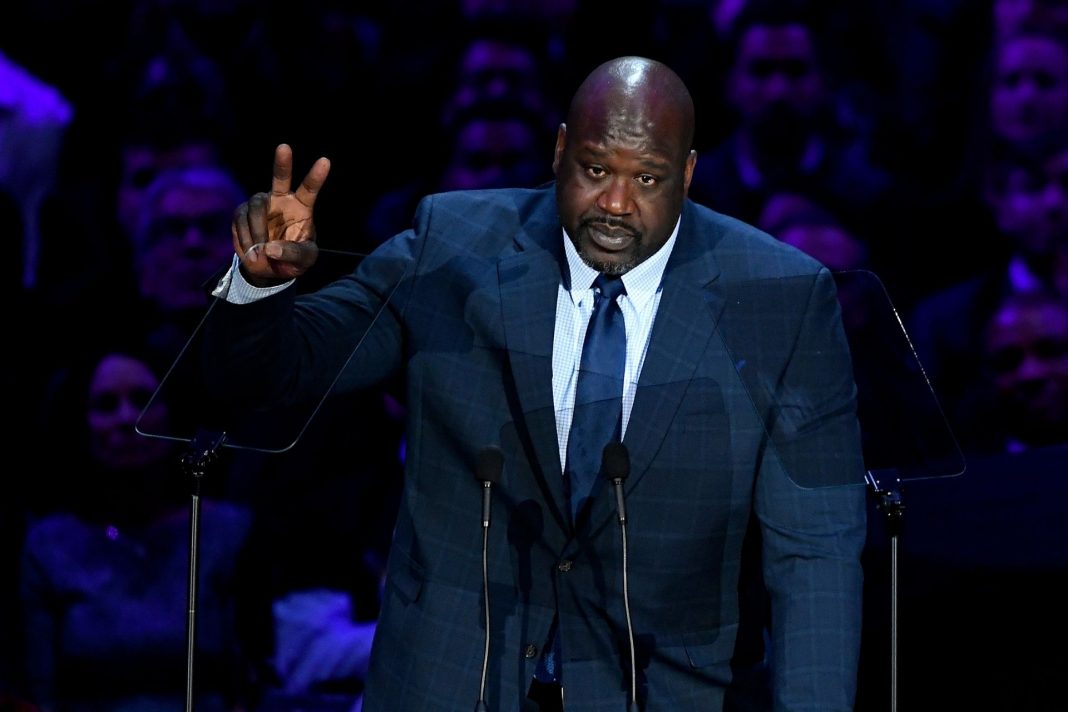 It’s entirely possible that the best part of today’s NBA is having former greats who can put current players in their place when necessary.

Rules changes have made the on-court product lackluster, players prefer to be political activists, and many love more than anything to whine about not getting $41 MILLION instead of $40 MILLION per year to play a game.

That’s why there’s simply nothing better than seeing a Hall of Famer destroy an NBA diva, just as Shaq did recently when he eviscerated James Harden while flat out calling him a liar.

When it comes to NBA divas in 2021, James Harden might just be at the top of the list.

Prior to the start of the season, Harden pitched a hissy fit and refused to show up for the start of training camp on time with the rest of his teammates, despite the fact that the Houston Rockets were set to pay him $40 MILLION this season.

While his team was preparing for the season, Harden was going to Las Vegas strip clubs and attending rappers’ birthdays in violation of the NBA’s COVID protocols.

So, when he finally decided to do his job, Harden was required by the NBA to sit out a period of time, and caused several teammates to do the same after he came in close contact with them, forcing Houston to cancel a game.

Harden was even reportedly throwing balls at teammates during practice in order to cause fights so that Houston would be forced to trade him.

All in all, he was a complete and total jerk simply because he wasn’t getting his way.

To add insult to injury, once Houston was finally able to rid themselves of his antics by trading him to Brooklyn, Harden penned a message to the city of Houston and Rockets fans in which he claimed that he gave the team and city everything he had, and tried so hard to do right by them.

Obviously, after Harden’s hissy fit, that message didn’t sit well with many NBA fans, and among them was Hall of Famer Shaquille O’Neal.

Once O’Neal was given the opportunity to talk about Harden on TNT’s NBA pregame show, Shaq didn’t hold back, and unleashed on Harden.

“He got his superteam. He has to win this year. If he doesn’t win this year it’s a bust.” @SHAQ reacts to Harden being traded to Brooklyn. pic.twitter.com/YSTlqewqB7

We’ve seen many talking heads unleash rants only using opinions about a superstar athlete that often don’t make sense, but what made Shaq’s rant different was the fact that it was simply facts.

James Harden demanded a lot of Houston during his time there, and every time the team gave him exactly what he wanted.

He wanted the team to sign specific players every offseason, and every time they did exactly what Harden asked.

Harden told the team he needed this player or that player to get the team a championship, and the team held up their end of the bargain every single time.

The only person involved in this situation who didn’t live up to their end of the bargain was James Harden.

As Shaq pointed out, every time Houston gave Harden what he wanted, it was Harden who ultimately failed to deliver when it mattered most in the playoffs.

So when Harden claims he did everything he could for the team and the city, Shaq couldn’t be more correct when he calls him a liar.

There’s simply no other way to put it – that’s just the reality of the situation.

Now, Harden is in Brooklyn with a team that clearly has their own issues.

And most likely, it won’t be long until James Harden is once again a cancer in that locker room too.