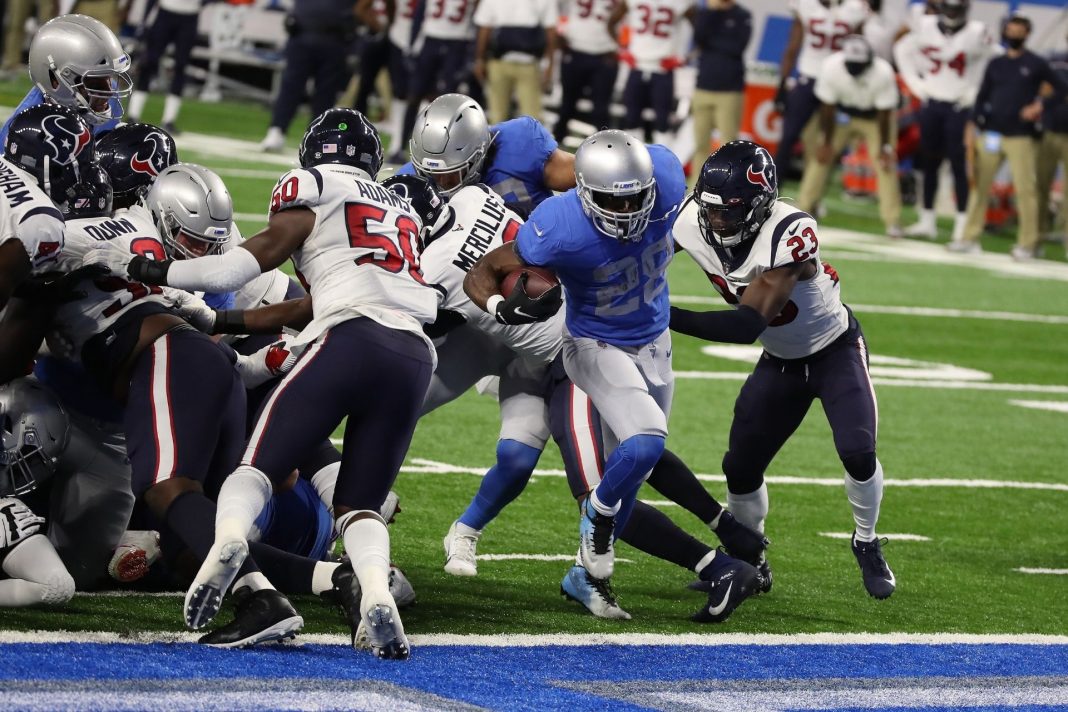 Football is a Thanksgiving Day tradition.

And in 2020, America needed its annual Turkey Day games as a reminder that at least some aspects of life were returning to normal.

But something happened during a Thanksgiving Day football game that made Trump say these two words.

This year, they took on the Houston Texans.

It was a game with not much on the line other than the job security of Lions Head Coach Matt Patricia who, in his third year, sports a 13-29-1 record and – if the rumors are true – is coaching for his job every week.

The Lions didn’t help his cause on Thanksgiving as they played sloppy and uninspired football getting routed 41-25 by a Texans team that was 3-7 coming into the game.

But the most memorable moment of the game was when Lions quarterback Matt Stafford and Texans quarterback DeShaun Watson both knelt for the national anthem in a symbol of protest against the American military and flag.

President Trump took note of the anti-American demonstration and retweeted a photo of the disgraceful display simply saying “no thanks!”

The President said he won’t watch any game where he sees America-hating players kneeling for the anthem.

Judging by this year’s ratings for the NFL many Americans agree with him.

The NFL could have played a big role by allowing Americans – at least for a couple of hours – to forget everything they hate about 2020.

Instead, the NFL threw it right back in their faces at the start of the first Thanksgiving Day game.