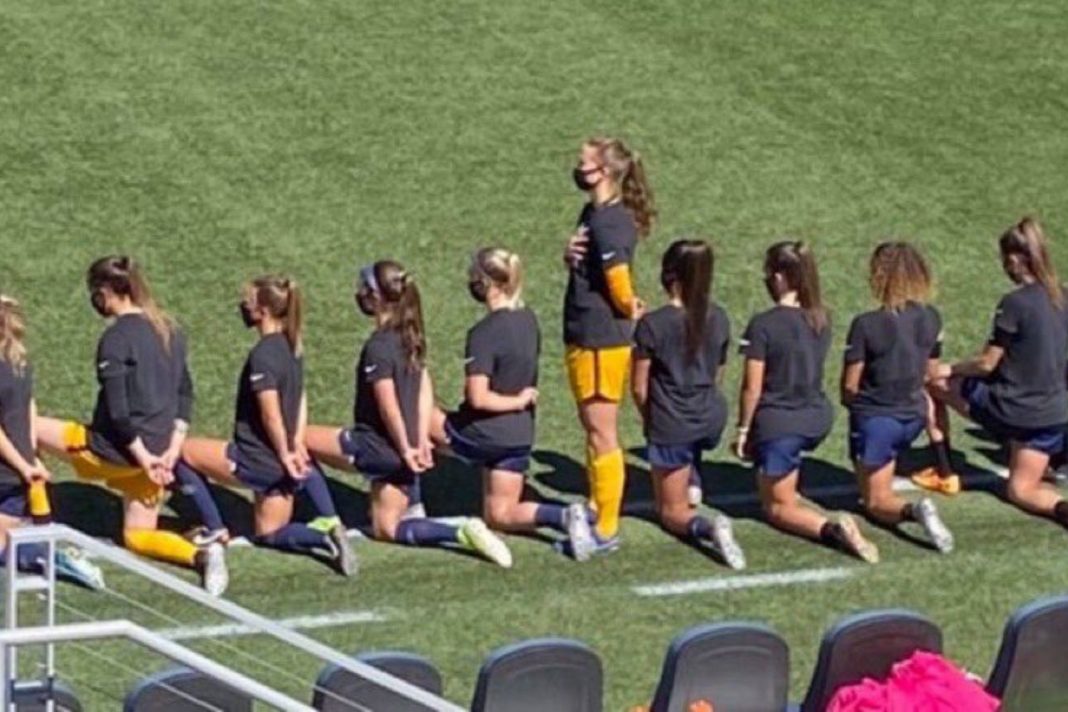 The world of sports has been poisoned.

The radical Left sickness that rots everything it touches has infected sports leagues at every level.

And one sports announcer was forced to apologize for a stomach-turn reason.

“There is a fifth dimension beyond that which is known to man . . . It is an area, which we call the Twilight Zone.”

America is in the grips of programming far scarier and creepier than Rod Serling’s iconic show.

The country is now experiencing “The Woke Zone,” but nobody can change the channel or turn off the television.

“The Woke Zone” says that men can give birth, speech is violence but riots aren’t, pandemics are allergic to antiracism protests, and standing for the American flag is unpatriotic.

This is the bizarro-world that America finds itself in today.

It’s like the entire country is stuck in a funhouse mirror, but only the red-pilled want to get out.

In the latest episode of “The Woke Zone,” Fox Sports analyst and former U.S. Men’s Soccer Team player Alexi Lalas was forced to apologize for saying the unthinkable.

Lalas was digitally jumped in a dark alley by a Twitter brigade, and he was forced to apologize.

I wrote a few more words about today… pic.twitter.com/1jDGXEEK33

Once again, the Left preaches unity . . . or else.

Kneeling for the flag might garner a million-dollar book deal, a Nike endorsement campaign, or a press tour of softball interviews with nary a challenging question in sight.

Drew Brees found that out the hard way when he was bludgeoned into apologizing once for each touchdown pass he’s thrown in his 19-year career.

National Women’s Soccer League player Rachel Hill stood for the national anthem – while all of her teammates kneeled – out of respect for her family’s military service, and she was forced to explain herself, seemingly at knifepoint.

The current moment can be summed up in lyrics from “Sympathy for the Devil” by the Rolling Stones:

“Just as every cop is a criminal
And all the sinners saints
As heads is tails, just call me Lucifer
Cause I’m in need of some restraint.”

The world has gone topsy-turvy and anyone who dares speak the truth is pummeled into submission.

Alas, stay tuned for another episode of “The Woke Zone” . . .

Do you think Lalas would’ve been taken off the air if he didn’t apologize?