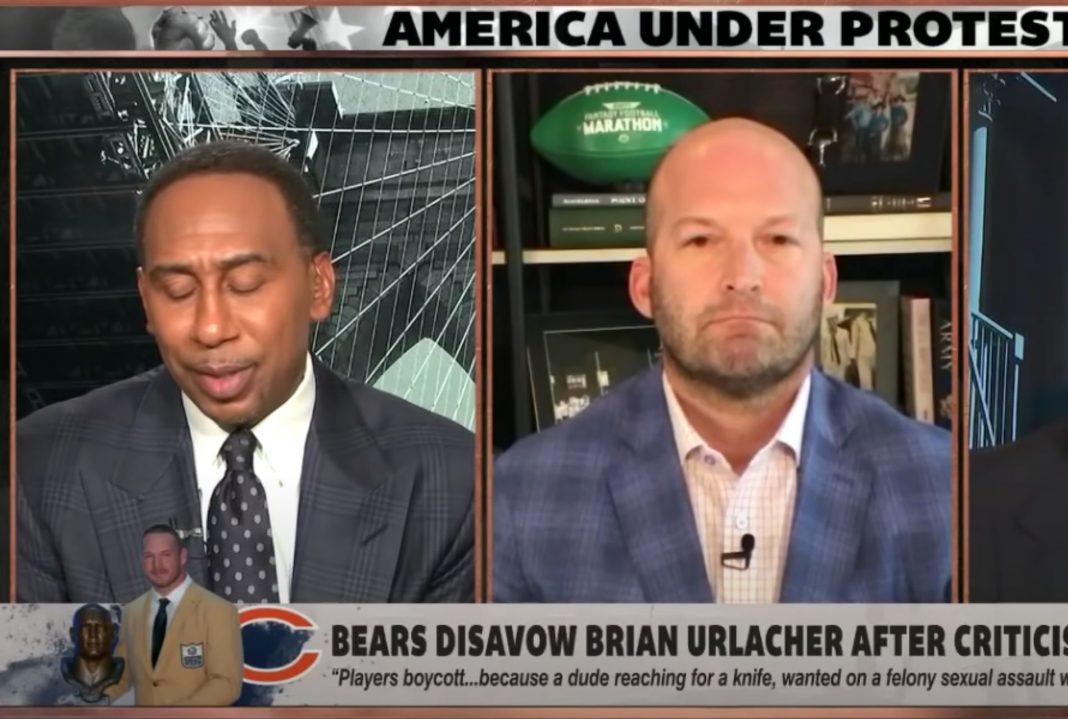 You can’t watch ESPN anymore without hearing about politics.

The sports leader has been overtaken by social justice warriors who just want to whine about the latest thing that President Trump did.

But Stephen A. Smith said something about Fox News that may get him kicked off ESPN.

The good old days of just watching the ‘Top 10’ sports highlights on ESPN without hearing about current political events are long gone.

Ever since former ESPN anchor Jemele Hill attacked President Donald Trump and those around him as “white supremacists,” others on ESPN just can’t help throwing jabs at conservatives.

And with the rise of the Black Lives Matter movement, it’s only gotten worse.

Recently on ESPN’s flagship morning program “First Take,” the topic of player protests and the shooting of Jacob Blake was the main point of discussion.

And legendary Chicago Bears linebacker Brian Urlacher was the main target of “First Take” co-host Max Kellerman for claiming that Jacob Blake was reaching for a knife when he was shot by police.

Kellerman attacked Urlacher as being “susceptible to low-quality information.”

If you exist in a Fox News silo or a Facebook silo of extreme right wing propaganda, what you will notice, and by the way this even makes its way into the mainstream. When a Black man is killed by law enforcement, the stories that come out about him, especially with those silos with low-quality information, paint him as a very bad person. And focus on, even if he was in commission of a crime at the moment he was shot, focus on the worst aspects of their lives, and dehumanize them.

Shockingly, co-host Stephen A. Smith was having none of it and actually defended Fox News from Kellerman’s vicious attacks.

Excuse me, just like you brought up Fox News. There are people that could look at CNN or MSNBC and they’re going to have their opinions about those networks. Max, you’re not right. Hold on. No, no. We listened to you! We heard you, alright! But the point is do you know that Brian Urlacher got that information from Fox News? Do you know that? How do you know what television network he was watching? That’s the point!

When Kellerman tried to deny attacking Fox News, Stephen A. Smith continued his defense of Fox News by saying, “Don’t even bring it up. Alright then! You said low-quality information, you mentioned Fox News. I watch them all, I watch them all!”

You can watch the fiery exchange below: