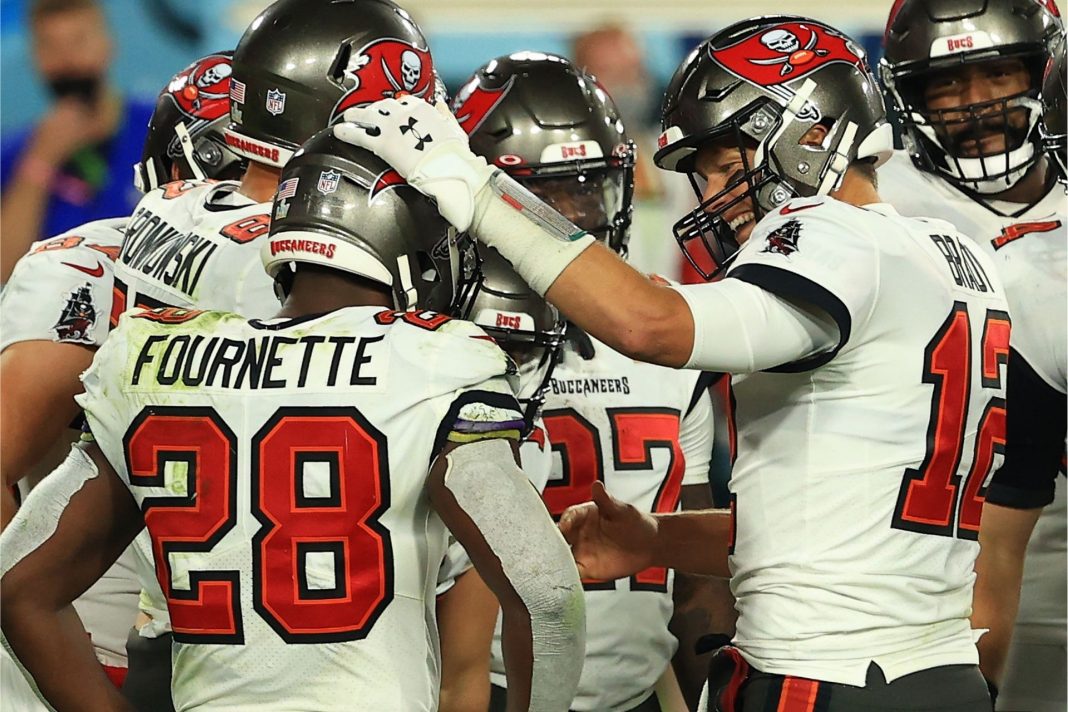 In life, there are certain moments in time where we have to make a choice.

And in those moments, what we choose to do can change everything – for better or for worse.

That’s the exact situation a key player for the Tampa Bay Buccaneers faced earlier this season, and it almost led to him being cut before the team’s Super Bowl run.

Since the Buccaneers won the Super Bowl almost two weeks ago, the conversation surrounding their win has primarily centered around Tom Brady, his place in NFL history, and sports at large.

There’s obviously plenty of reasons to talk about Brady — specifically his seven Super Bowl rings — but there are also tons of other players who ultimately made major contributions to Tampa Bay’s success.

One of those players is running back Leonard Fournette, a former top-5 pick out of LSU.

Throughout most of his career, Fournette has shown flashes of the player most thought could be the next Adrian Peterson when he entered the NFL.

But in 13 regular season games this season, Fournette managed to rush for just 367 yards while splitting backfield responsibilities with teammate Ronald Jones.

It was the worst regular season Fournette has produced in his four NFL seasons, and a far cry from the player the entire world thought he could and would be.

That lack of production and the running back rotation employed by Tampa Bay caused Fournette to question whether being with the Bucs was where he needed to be at this point in his career.

After all, he was in his first year in Tampa Bay after spending the previous three in Jacksonville where he was their workhorse running back and the primary focus of the offense for much of his time there.

Due to Fournette’s unhappiness, Tampa Bay made the running back inactive for their week 14 matchup with Minnesota, which happened to be the game that would launch the eight-game winning streak that gave the Bucs a Super Bowl.

The next day, Fournette and head coach Bruce Arians sat down to have a frank and difficult conversation about the former’s future with the franchise.

“I said, ‘This is your situation. It can change at the drop of a hat,'” Arians said in a recent interview. “But this is your situation. Either embrace it, or you say, ‘Cut me.’ I said, ‘What do you want? Because this is a very special team that you’re part of. I think you’ve got a feeling of that. Just see if you can hang in there to see what happens.’”

The rest, as they say, is history.

Fournette chose to stay in Tampa Bay, and ultimately played a major role in the team’s Super Bowl run with 448 yards of total offense and four touchdowns in just four playoff games.

There’s little doubt that many former top-5 picks in the NFL Draft wouldn’t have been up to the challenge head coach Bruce Arians made to Fournette.

And even if they did stick it out to see what happens, it’s unlikely some would’ve been able to elevate their game the way Fournette was able to do when his team needed him the most.

Whether this is the shot in the arm Leonard Fournette needed to get back to being a 1,000 yard rusher in the NFL is anyone’s guess.

But one thing is for sure, the folks in Tampa Bay won’t soon forget about “Playoff Lenny.”