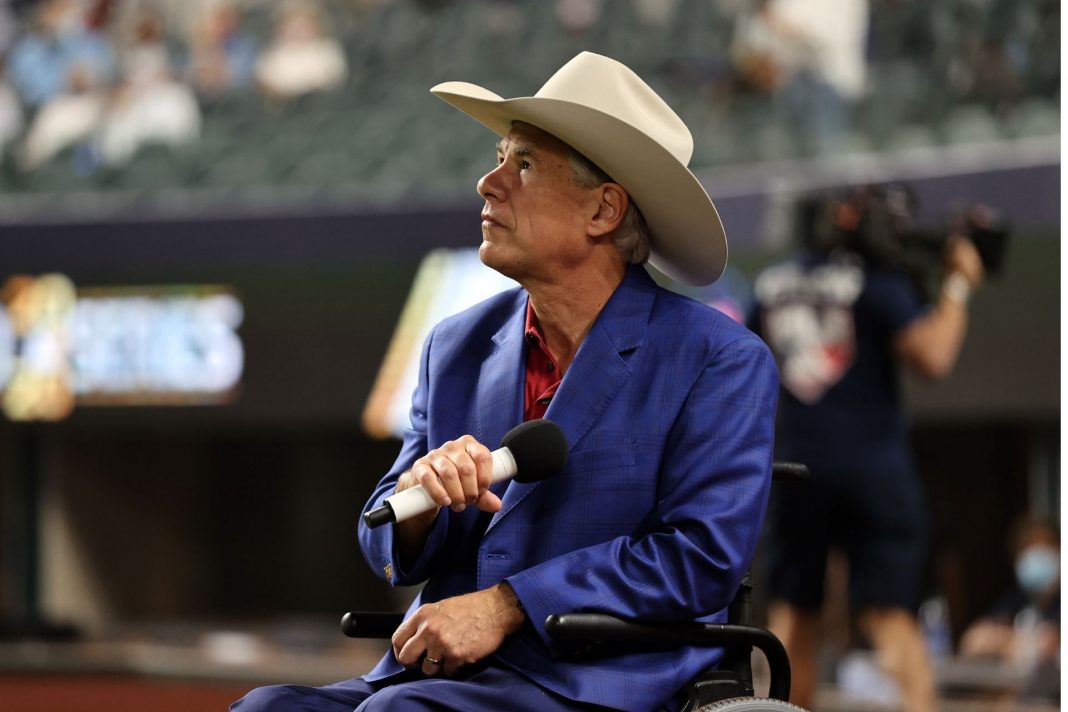 The MLB attacked conservative fans when they decided to move their All-Star game out of Georgia for passing a new election integrity law.

President Trump called on the Right to boycott the MLB for their blatant attack on conservatism.

And now Texas Governor Greg Abbott put the woke MLB in their place for attacking Georgia over their new election law.

Nothing used to be more American than Major League Baseball.

Some of our nation’s most iconic men, like Babe Ruth and Hank Aaron, used to put on a show in the MLB.

And few sports franchises are as much of an iconic American institution like the New York Yankees.

But the MLB has taken a turn for the worse against the nation we all love.

After this past election, Georgia decided to rein in its election laws to make sure the ability to abuse the election process is limited.

As a result, they passed a law that required some form of identification to prove that the voter is really who they say they are.

And after some questionable campaign tactics, Georgia decided to ban campaigns and politicians from handing items to lines at places of voting like food and drinks that could bribe voters.

But to the Left, anything that doesn’t give them free rein to take over this nation is portrayed as unjust, inhumane, or racist.

As you would have guessed the Left went on a full media blitz to label these laws as racist.

And without missing a beat, the MLB decided to move its All-Star game out of Atlanta over the election laws.

It’s worth noting that within a couple days of deciding to remove their All-Star game out of Georgia, the MLB signed a big deal with Communist China.

Your sports league might be a little too woke if it will freely do business with Communists in China and Cuba, but boycotts a US state that wants people to show an ID to vote. #MLBAllStarGame #mlb

After the clear attack on conservatism, Republicans around the nation started to call out the MLB for punishing Georgia.

And in true Republican fashion, most Republicans didn’t do anything beyond making a mean comment about the MLB on Fox News.

Abbott was planning to throw out the first pitch for the Texas Rangers opening game.

But after the MLB decided to attack conservatives, Abbott decided that he would not throw out the first pitch for the Rangers and he would boycott all MLB events in the future for their actions.

I was looking forward to throwing out the first pitch at the Texas Rangers' home opening game until @MLB adopted what has turned out to be a false narrative about Georgia's election law reforms.

It is shameful that America's pastime is being influenced by partisan politics. pic.twitter.com/pNJApYBHpw

It is clear that the MLB doesn’t care about calls by Americans to boycott them for the move after they gave Denver the All-Star game.

Colorado has nearly the same election laws in place as Georgia.

And really the MLB would care more about Communist China’s concerns than concerns from conservatives in our nation.