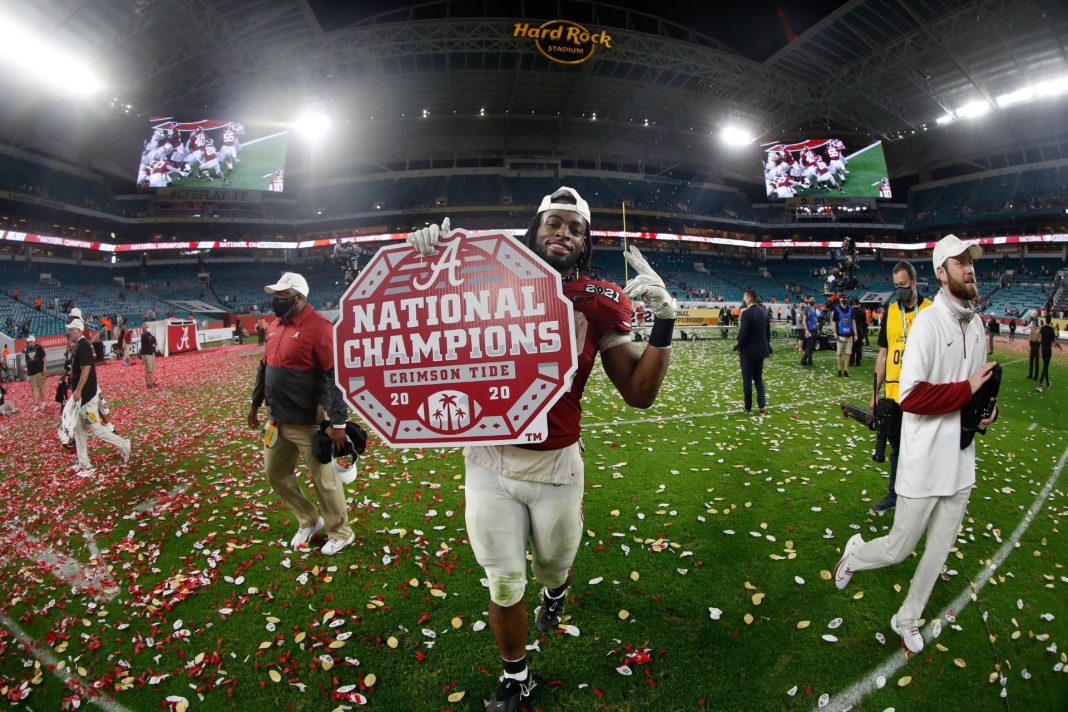 In 2020, college football teams navigated a pandemic to complete a full season.

And the 2020 college football season ended with everyone admitting this one truth.

On Monday night, Alabama throttled Ohio State 52 to 24 to win the school’s sixth national championship under head coach Nick Saban establishing this current run as the greatest college football dynasty of all time.

“I think we’re the best team to ever play,” Jones declared.

“There’s no team that will ever play an SEC schedule like that again,” Jones added. “At the same time, we’re just so happy to have won this game and kind of put the icing on the cake.”

But despite those numbers, Jones wasn’t even the biggest and brightest star on this night.

In the first half.

Smith won offensive MVP despite not playing a down in the second half after he suffered an injury.

Smith’s three touchdowns came as part of a 28 point second quarter explosion that put Alabama up 35 to 17 at the midway point, an insurmountable lead that Ohio State had no chance to make up.

After the game, Saban laid claim to being the greatest team of all-time by virtue of Alabama bearing 11 SEC teams in the regular season.

Because of the coronavirus pandemic, teams only played conference games and Alabama defeated 11 of the 13 possible SEC opponents, including three top ten teams.

Part of the fun of college football is the debate surrounding the sport.

Who is number one?

Who should win the Heisman Trophy?

And now Alabama stated their case to answer the question of who is the greatest college football team of all-time.