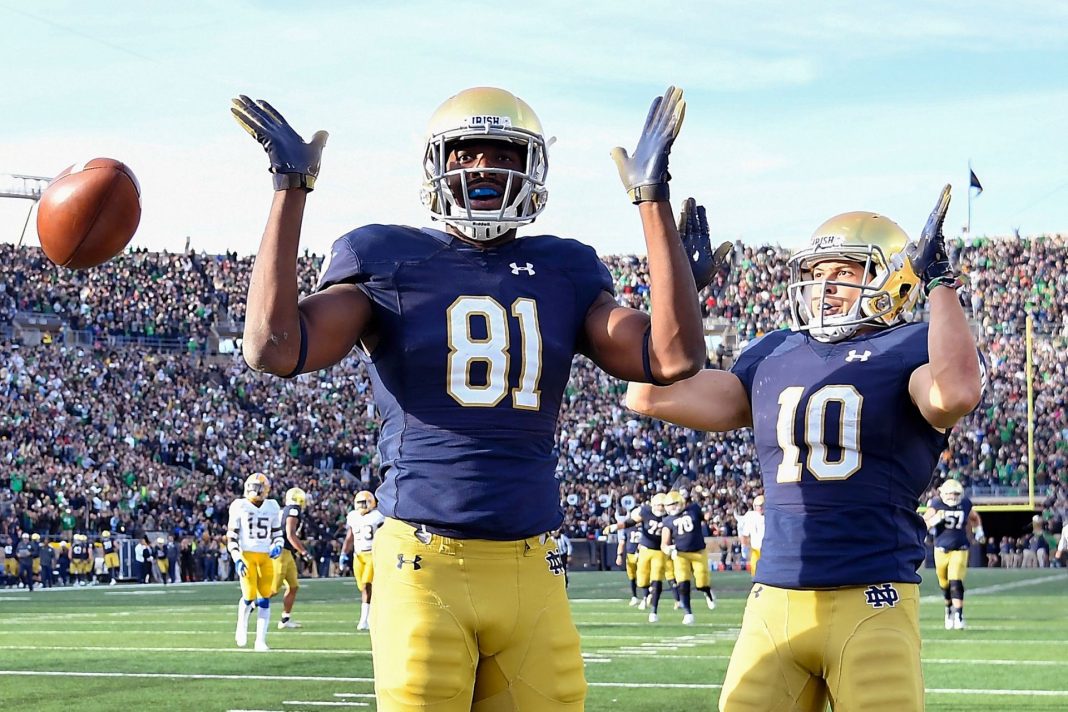 Football fans just want to get through the 2020 season with as little coronavirus disruption as possible.

But they just got hit with some bad news on that front.

And that’s because the 2020 football season just saw this major cancellation that changes everything.

Because of the coronavirus pandemic, Notre Dame agreed to join the ACC for one season only in 2020.

Notre Dame values its independence and is the only football program with its own exclusive national TV deal.

This year, Notre Dame is 9-0 and is ranked #2 in the College Football Playoff rankings.

They had two games remaining against hapless Syracuse and at Wake Forest.

Two wins would clinch a spot in the ACC title game.

Following a recommendation from the conference Athletic Director football subcommittee, the league’s Athletic Directors have voted to preserve the integrity of the ACC Football Championship Game by evaluating each of the three teams in contention (Clemson, Miami and Notre Dame) based on a nine-game conference schedule. As a result, Clemson and Notre Dame will conclude the regular season this weekend.

The real reason the ACC canceled these games is because on November 7, Notre Dame defeated Clemson 47 to 40 in an overtime thriller at Notre Dame stadium.

But Clemson’s Trevor Lawrence – the highest rated quarterback on NFL draft boards in at least a decade – missed the game because of the coronavirus.

Many College Football observers believe that if Clemson narrowly beats Notre Dame in the ACC Title Game, the Committee will still select both teams for the playoff allowing for a lucrative payday for both schools and the conference.