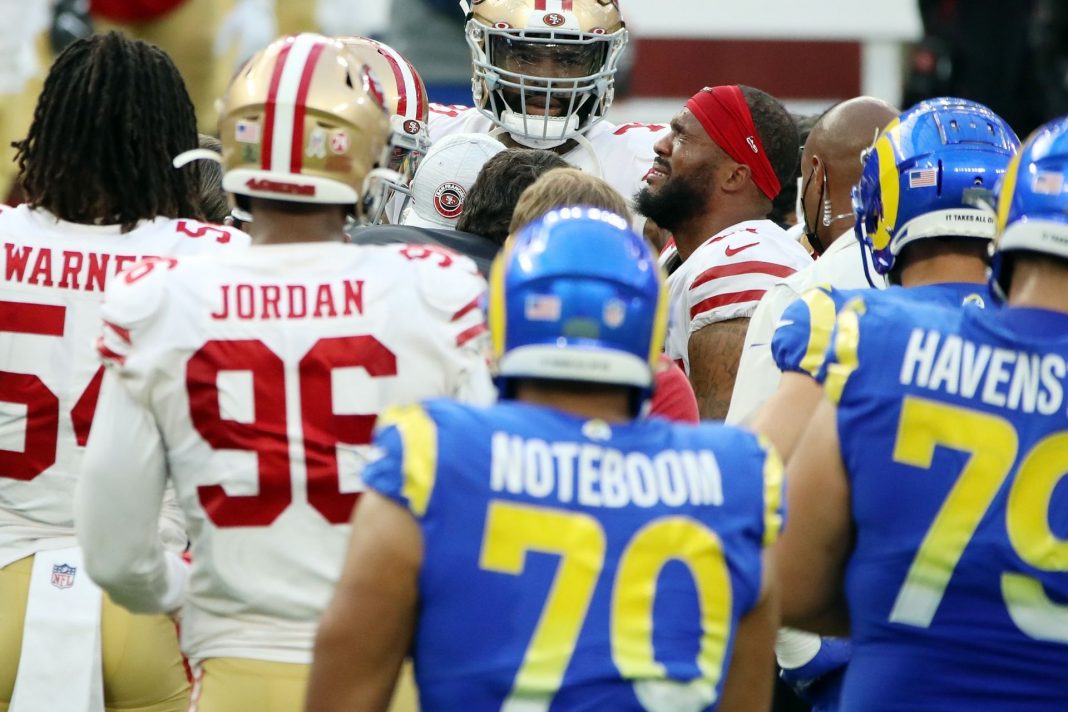 The 49ers are as iconic to San Francisco as the Golden Gate Bridge.

And they have been one of the only areas of success for the city over the past few decades.

But now the 49ers just got kicked out of San Francisco and they are looking for a new home.

Few things are more iconic for the city of San Francisco than the 49ers.

The 49ers have been in the Golden City since the end of World War II.

They were the first major sports team for San Francisco and one of a handful of teams to be in the same city for over 70 years.

So through the years the iconic NFL team has produced success as the City as a whole goes to hell.

As the 49ers produced some of the NFL’s greatest players like Steve Young, Jerry Rice, Joe Montana, and Ronnie Lott; the City of San Francisco went from being The Golden City to one of the trashiest cities in America.

But now even the success of the 49ers is in trouble due to the failed Leftist leadership in San Francisco.

The local leaders for San Francisco thinks it’s a good idea to make their government enforced lockdowns even more tyrannical by forcing the end of all contact sports and requiring a 14-day quarantine for anyone entering the city limits.

As a result, the 49ers are now looking for a new home to finish the season as they are effectively banished from San Francisco.

Perhaps worst of all, the 49ers had just saved their season with an upset road win over the Los Angeles Rams.

The 49ers were ahead for most of the game and pushed their lead to 17-3 with 4:30 left in the 3rd quarter, but an avalanche of mistakes at the end of quarter allowed the Rams to take a 20-17 early in the 4th.

But the team’s celebration was short-lived and now they’re left wondering where they can practice, play, and stay for the next two weeks.

Rumors are swirling that they will play “home games” at the Arizona Cardinals home stadium.

But the disruption could be devastating.

Maybe once this season is over the 49ers franchise will think about leaving the hell hole known as San Francisco for good.