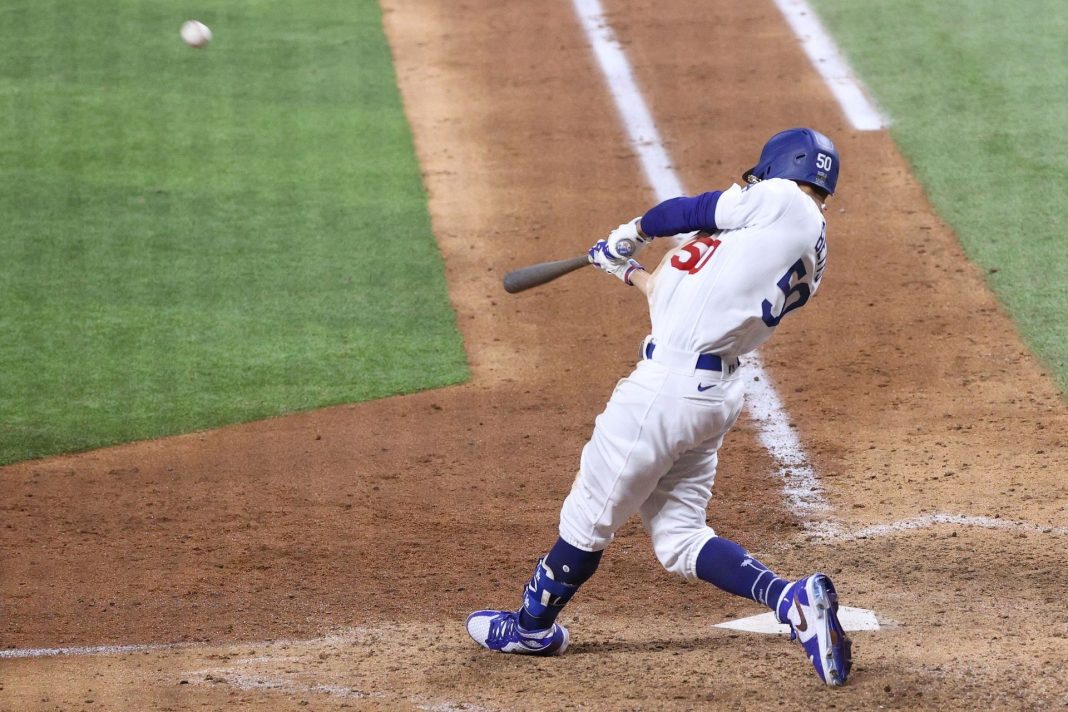 But everyone was talking about the pitching change made by Tampa Bay Rays manager Kevin Cash.

And Mookie Betts made the analytics nerds pay after this head-scratching decision.

The Tampa Bay Rays sent pitcher Blake Snell to the mound looking to force a Game 7.

Through 5 and 1/3 innings, Snell had given up one hit, striking out nine.

The Dodgers got a single out of their nine-hole catcher Austin Barnes.

Kevin Cash flew out on the mound to pull the left-handed Snell. Snell was furious.

Gone are the days where workhorse starting pitchers took pride in complete games, but Snell was hardly out of gas. He had only thrown 73 pitches when Cash yanked him.

With one of the game’s best hitters, Mookie Betts, up to bat, Cash turned to hard-throwing right-handed reliever Nick Anderson.

Anderson had given up earned runs in each of his last six appearances. And Mookie Betts feasts off right-handed pitching.

Betts doubled to left field, advancing Barnes to third base. That’s when the wheels came off for Anderson.

Barnes scored the game-tying run on a wild pitch.

Then Corey Seager hit a grounder to first base. Rays’ first baseman Ji-Man Choi tried to gun down Betts at home, but he never had a chance.

The Dodgers added an insurance run in the bottom of the eighth and went on to win Game 6 and clinch the World Series.

The Rays are known for going against traditional baseball thinking.

Their reliance on analytics for decision-making had paid off in the regular season as they consistently outperformed expectations with a lower payroll than AL East foes like the New York Yankees and Boston Red Sox.

But analytics only goes so far in October.