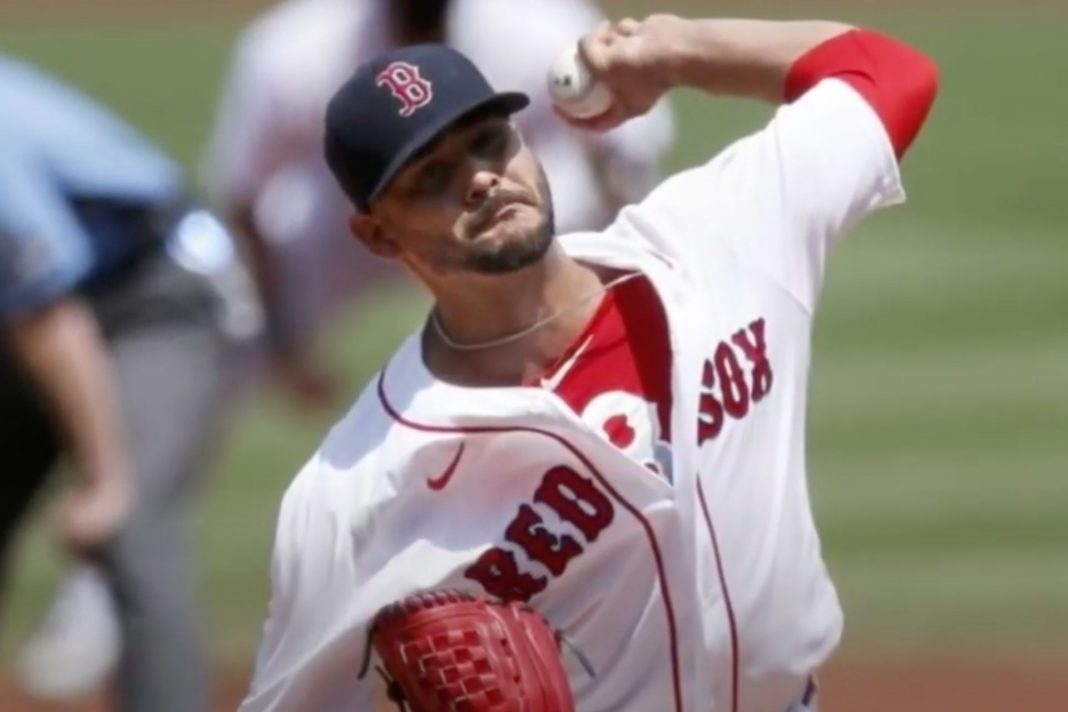 In 2020 leagues and franchises took leave of common sense.

And now Boston Red Sox insulted the military when this video to Black Lives Matter blew up in their faces.

“Hats off to Heroes” is normally a feel good moment to honor members of the U.S. military for their service to the nation.

But the Red Sox dropped that to instead honor woke political activists.

That turned out to be a disastrous decision for the Red Sox as Jean-Jacques, Jr. was arrested by local police after being caught on video punching an 80-year-old woman because she was a Trump supporter.

A Black Lives Matter leader, who was honored by the Boston Red Sox during an August “Hats off to Heroes” ceremony, typically an occasion to honor military members, was arrested Saturday in Swampscott, Massachusetts for punching an 80-year-old female Trump supporter.

32-year-old Ernst Jean-Jacques Jr. was charged with assault and battery on a person 60 years or older in. Jacques Jr., was released on $550 bail and can be seen in a video posted by Trump supporter and leader of the protest, former local radio host Dianna Ploss, striking an 80-year-old woman, later identified as Swampscott resident Linda Greenberg.

Many fans hoped that with the 2020 election over, some semblance of normality can return to the world of sports and that nonsense like honoring Black Lives Matter activists over members of the military as heroes can be mothballed for good.